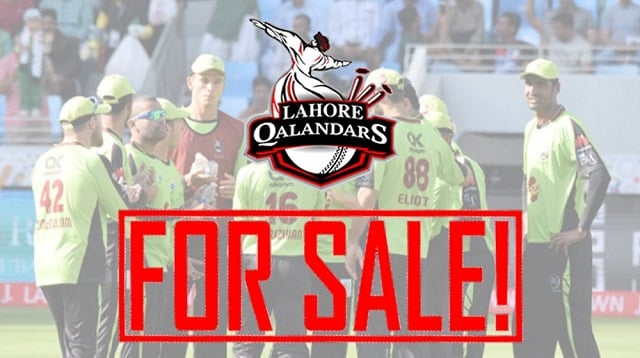 Being Lahories, we all are unhappy with the performance of our very own team Lahore Qalnders. But an unhappy fan of Qalandars, Pakistan Super League (PSL) franchise put the entire team up for sale on eBay, an e-commerce website.

Till now, Lahore Qalandars played 5 matches in PSL 2018 and all of them have lost in the worst possible manner and all fans are really disappointed with team’s performance.

Must Read: PSL 2018: Yayvo Cricket Festival Becomes Greater Than Ever!

The ‘PSL’ brand offering under ‘Qalandar’ model exhibits a starting bid of just $1.

To add fuel into fire, the ad poster makes it clear in the product description, that the team has no warranty, it is three-year-old. 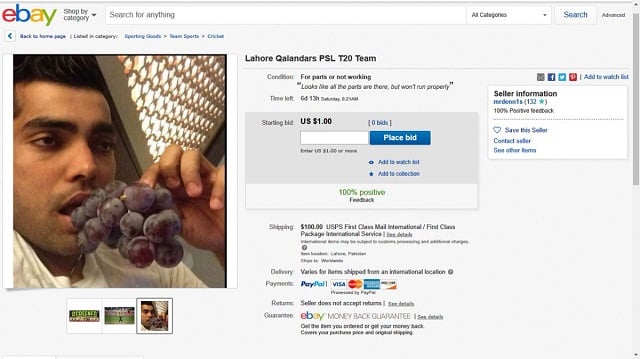 As the ad maker says that all offers will be considered so if you considering to buy the team of Lahore Qalandars then you can visit ebay or OLX in this regard.

On the other hand, the ad says, “Only 3 years old, but it is out of warranty. Requires some love and attention to return to good working order. I have receipts for all of the parts.”

The ad says the team runs on the New-Zealand engine, which means skipper Brendon McCullum, the poor soul who appears to be fighting alone in the batting lineup.

Interestingly, the ad says, mocking Umar Akmal as he seems more responsible for the loss of team “Unfortunately, I brought the wrong ones. You may be able to return the Umar Akmal if you still have the tags,” cautions the seller. It is informed that Akmal can “even run on grapes”.

Must Read: GREE & Eco-Star are the main sponsors of Lahore Qalandars in PSL 2018

Apart from ebay, I have also seen some ads on OLX which says “Lahore Qalandars whole team on sale including coach” dozen in Rs 599, although price is negotiable.

So far, Lahore Qalandars tops the point table, don’t panic. Well, they topped from the bottom .They have lost all their matches in PSL 2018 one each against every franchise.

Porsche is reportedly working on the design of flying cars