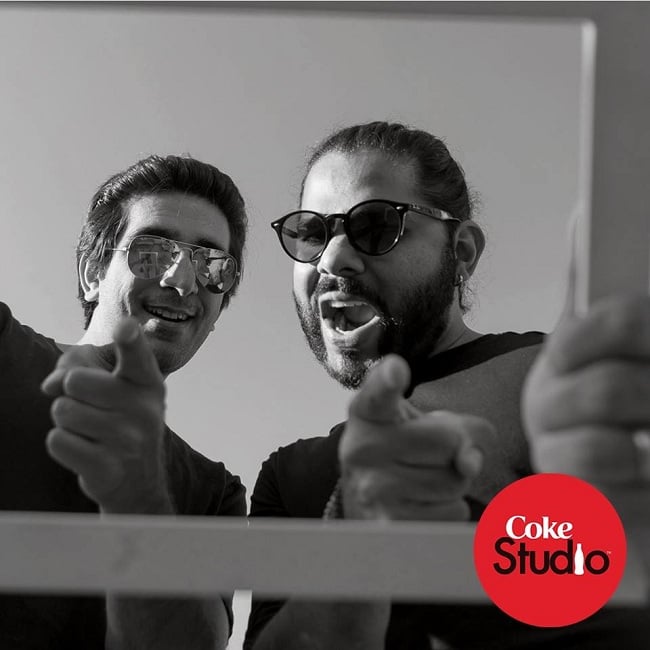 Coke Studio welcomes Ali Hamza &ZohaibKazi as new Producers. The nation’s most exciting music platform,Coke Studio, is all set to achieve another landmark by launching its 11th Season in July. Coke Studio Pakistan will thus continue to take Pakistanis on its unique musical journey. In the last 10 years Coke Studio Pakistan’s reach has been monumental. The platform has been recognized for its originality and boldness not only in the country but also in over 150 other countries of the world. It  has achieved unprecedented success, with more than one billion total views & plays,and gathering more than 3 million subscribers, making it Pakistan’s largest YouTube success.

Coke Studio Season 11 now welcomes Ali Hamza and ZohaibKazi as the new show producers. Ali Hamza’s experience in the music industry spans almost 2 decades.He is the founding member of the band Noori. Their debut album created a whirlwind all over the world. A first of its kind, it introduced the genre of pop-rock music to the Pakistani mainstream. In addition the album inspired the youth of Pakistan to take up the responsibility of doing something worthwhile for themselves and others. His most recent achievement, as a maestro of music industry was seen in Coke Studio Season 10, wherehis original track ‘TinakDhin’ received national acclaim and received accolades all across the Pakistani audience. The other producer of Season 11, ZohaibKazi has been associated with Coke Studio for over 7 years, and was General Manager & Associate Producer for Season 7 till Season 9. In 2017, Zohaib took a hiatus from Coke Studio  to reconnect and capture Pakistan’s folk essence through a travelogue styled music album. Season 11 is set to bring forth a new season of live performances with a diverse line up of pop, rock, folk and sufi artists from different genres.

Speaking about Coke Studio’s landmark feat, the General Manager of Coca-Cola Pakistan, Rizwan U. Khan stated, “Music from Coke Studio has become intertwined with Pakistan’s identity, and the influence that Coke Studio has had on the masses in Pakistan is really huge.  In the last decade, Coke Studio has committed itself to reintroducing the audience to timeless classics as well as discovering a new generation of musicians. As we welcome the new producers, I want to thank Strings from the bottom of my heart for their passion and commitment towards cementing Coke Studio as a world class asset.”

Strings were able to build strong bridges between the old and the new; and they  enriched the more traditional genres like classical, folk and qawaali. In addition, they  put forward a list of musicians  and helped them to establish themselves as recognized artists. It is also important to highlight that Coke Studio would not have been possible without the unrelenting commitment and hard work of everyone else behind the scenes – the technicians and engineers, the set design and implementation crew, and all the other support staff. Coke Studio’s unparalleled  success is due to excellent team work; with everyone invovled collaborating and working very closely together to create something that is bigger than than anything seen before in the field of music.

More details on Coke Studio’s artists, songs, collaborations, lyrics and television airing times will be shared in the coming months.