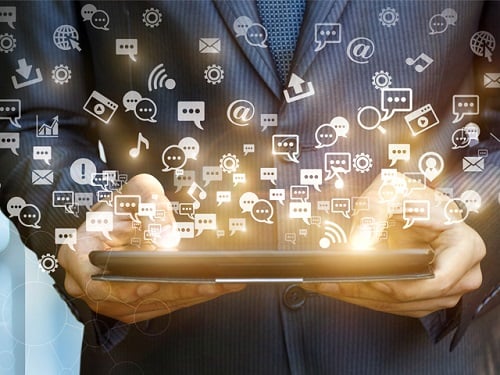 Is Pakistan the Future Software Hub?

This is not a much amount of percentage of the demanded 3.2 trillion dollars global market for 2017 or 2018, and this percentage is overshadowed by India’s $100 billion worth of software exports per year. The story of Indian IT industry had a striking success and has grown at 30% annually for about 2 decades from its onset and exports in 2008, where the 60 billion dollars has affected.

Although, Pakistan’s I.T. sector have a craving for a niche where the sector feels comfortable to go for freelance I.T. Programmers, software coders, and app designers. In the present era, there are 1500 registered I.T. companies in Pakistan, and also 10,000 I.T. grads are entering the market of technology every year. I.T grads, the members who are active and vigorous of the (ordinary class) educated in Pakistan’s top universities, they actually have sharpened their skills at the many start-ups (expos and fairs), digital summits and events of entrepreneurship at different campuses, software houses, and corporations of I.T. over the country.

In order to grow businesses, the skills of the grads have to showcase a global market, therefore, Pakistani Freelance Programmers gather different sites of freelancing globally, for instance, Upwork, Fiverr, Freelance.com, etc. where the owners of digital marketing from all over the world such as United States, Australia, or England present a Bid to contract programmers for small software and projects of different apps. The platforms like Upwork, Fiverr, etc. provide the easiest way to hire someone from Pakistan same as hiring someone from Ireland or India, because of the concerns that are knowns as traditional concerns do not apply and they are all about security, corruption, and invasive administration in Pakistan. In Pakistan, tough workers have gained some confidence on these platforms.

The Pakistani programmers market ranks in the Third number country for supplying freelancing programmers. Well, the formula of freelance is working. Pakistan is ranking in the upper 10-25% on Upwork’s listing rates, which are growing rates for top-earning countries, besides India, Canada, and Ukraine. The freelance programmers of Pakistan already account for $850 million of the country’s software exports. Umar Saif said: The number could also go up to $1 billion in the next several months. Umar heads the Punjab I.T. Board and had research work at MIT technology.

There is a lot of more about the success of I.T growth in Pakistan, for instance, eWorldTrade is a unique B2B platform that bridges the buyers with effective digital resolutions and better brand development services and also having over ten years of proficiency in the branding of digital marketing and web development. The marketplace of B2B currently provides over 500,000 enrolled users and expanding its database of entrepreneurs, suppliers, and other companies rapidly from all over the world. eWorldtrade running under the I.T company “Abtach” also enhances the other brands such as SaaS-based products and various others. The COO of Abtach, Mr.Salman Yousuf said that the Abtach has a great destiny ahead and it will be on the list of the foremost IT Company in Pakistan in no time.

For Pakistan’s rapid growth as an I.T. contender, the factors discussed above have played their role. Furthermore, the victory and achievement stories like Naseeb’s dependency on building a status as a capable player as well as reliable, who can develop a connection or a bond for a long time with bold investors across the borders. Greg Lockwood said that; “The single most important reason for us is the entrepreneur.”  Greg, a partner at Piton Capital. In addition, global I.T. as a business model has changed in Pakistan so extraordinarily by the last five years. Global I.T. now no longer do the long processes, no more established objects like Microsoft engage largely. The deliveries from Pakistani companies require years of development based on software contracts.

In Pakistan, the personalities like Mr. Saif, Salman Yousuf, Jehan Ara, worked hard and gave their best in a field of I.T. they are still promoting I.T and its growth in Pakistan. Mr. Saif develops software incubators across the country and the Plan 9 in Lahore is known as one of the largest I.T. companies out of 66 companies, 5 of them are worth more than 5 million dollars. Lately, Jehan Ara, who is known as a president of the Pakistan Association of Software Houses (PASH), initiated “The Nest I/O” which is based on the partnership with Google and Samsung in Karachi. Also, in Lahore University of Management Sciences and the National University of Sciences & Technology in Pakistan, incubators take place. After the development of an app in an incubator, this growing company of information technology got mentoring from international companies through the software in Karachi and Lahore such as Invest2Innovate. Some got mentoring through the Skype sessions. Mr. Saif said. “They’ll go out of their way to help other entrepreneurs.” Because of the above-described factors and the swiftness of the era of development with which Pakistan’s two hundred million people are encompassing the internet on Chinese 3g smartphones which cost 50 dollars Pakistan’s entrepreneurial leaders got a pin to lift their hopes for a future world of Technology.

FIA team arrests an agent of human smugglers from Islamabad