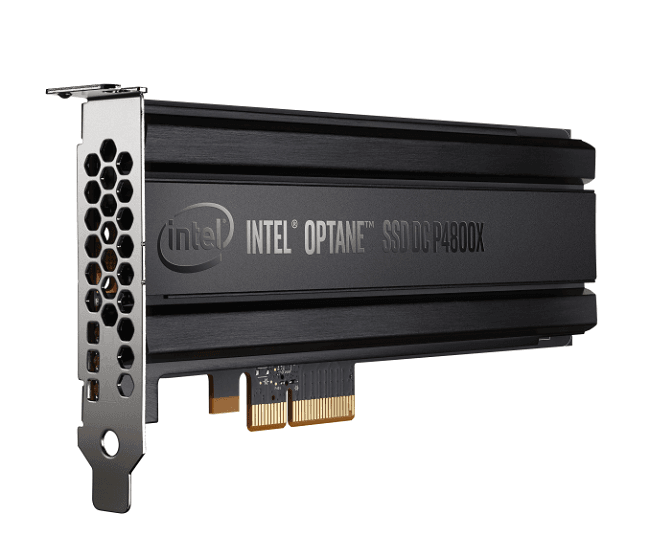 Intel’s new Optane SSD is faster but expensive. Want a speedy PC this year? The near-necessity for that is a solid state drive. Admitted is the fact also that hard drives are still an important part of any computer that is able to add terabytes of storage.

You might be also aware that the SSD provides a fast boot time for your system and your favorite games as well. However, recently we got introduced with a new Intel development of the Optane SSD, that provides an alternative finally being brought to the average consumers.

The Intel brand for a “non-volatile memory” known as 3D Xpoint has being represented by Optane SSD. While the representative is a solid state drive of sorts, (in terms of performance) it actually straddles the line between a standard SSD & RAM.

Intel Optane is an extremely faster SSD that improves upon the performance of an already speedy form of tech. And it may seem as a must have.

But this must have has a downside just like any new technology, it us pretty much expensive.  Intel Optane SSD provides a 16GB of storage, for $36, while 32GB will come to you for $60.

Must Read: Physician led Collection of RevitaLash(R) Cosmetics gets expanded

The storage provided by this SSD is an exceptionally low amount considering how big software like major games have become, & with the lower amount of storage, it is likely that users would not even be able to fit one title on it.

Aside the fact of expense, many people may opt to use it solely as their boot drive to bring their PC up to speed, in which case these lower amount of storages may serve fine.

However, while the initial launch only had access to the above mentioned storage options, the company has now come out with more robust storage options too.

Still, the maximum Optane SSD size is only 118GB, and that is still a massive increase from the storage that was available lastly.

Despite the of its smaller size, when this SSD is compared to traditional SSDs, the Optane SSD gives read speeds of up to 1450MB/s alongside write speeds of 640MB/s.Read latency is also only 7 microseconds, while write latency 18 microseconds.

This all is pretty technical that can be difficult to decipher, but it is also not wrong to say that the Intel Optane SSD is extremely fast as it will provide a noticeable improvement over current SSD technology, turning the downside for the SSD to upside.

As per the company, these consumer-focused drives are intended to be utilised as a standalone Optane SSD, with the majority of their marketing targeted towards laptops owing to the fact that the SSD supports low power states and does aid battery life without sacrificing speeds.

The company also said that they should still find a home in traditional desktop PCs abd for those the company us hopeful to make their boot speed noticeably faster.

The company has released the price points for the larger storage options of the Optane SSD, and it is looking as if the 58GB model will be available for $129 with the larger 118GB version that will available for around $199.

With the above mentioned kind of pricing, the Optane SSD still remains a piece of tech targeted towards those in a want of the best of the best at any cost.