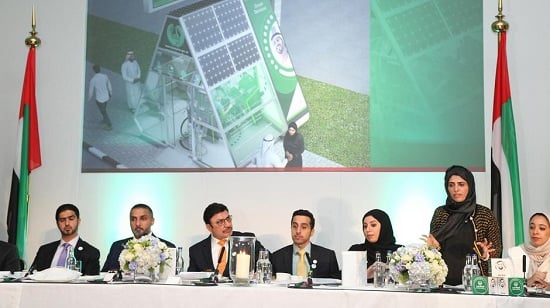 Dubai Smart Station technology attracts several other countries including the UK. A seminar held at London’s Dorchester Hotel, on Friday, under the patronage of Maj Genl Abdullah Al Marri, commander-in-chief of Dubai Police. The seminar was thd first time when the smart station technology was showcased in the UK.

Alongside UAE ambassador to the UK, Sulaiman Al Mazroui, council chairs from Dubai Police, and academic professors, experts, as well as UAE students studying in the UK attended the seminar with attachés sent from Saudi Arabia, Kuwait, Oman, Bahrain, Morocco and Egypt.

The seminar was rich with questions relating to the smart station technology.

The world’s First Smart Police Station opened last year at City Walk, Dubai. This smart station caught the attention of academics and government officials during a meeting of the Future Leaders Assembly.

There are plans to extend the number of these kind of police stations with three more stations built.

Must Read: Qiddiya will make Riyadh one of the top 100 cities of the world to live in

This police station allows the residents of Dubai tk report crimes or obtain certificates without ever having to meet any police officer there.

According to Lt Abdullah Al Shaikh from Dubai Police,  the smart police station is all about tech, without any human interaction. Public can go into the police station to only deal with the technology inside — a greater deal of privacy in a comfortable environment when reporting a crime.

People can go to report a crime, feeling confident and safe in their surroundings because some people fear police in uniform and this station lets people walk in with no humans around to report an incident or obtain a certificate.

Smart station is a successful step in Dubai due to its faster provision of confidence.

There is also a free coffee shop inside the smart station in Dubai.

UAE is expanding technology as part of its transformative Vision 2021 programme to reduce oil dependency.

Due to the successful smart station technology introduced by Dubai Police, Lt Al Shaikh claimed to be approached by ministries of interior of several countries to know about the experiences with this technology as those countries want to implement the same methods for their organizations.

Not only that, Dubai Police are also working on the development of a drive-thru station to let people report there cases without leaving their comfort of cars.