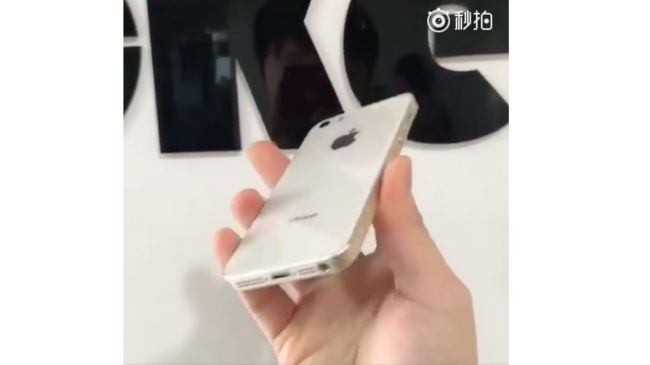 Leaks: iPhone SE 2 to come with glass back for wireless charging

Leaks iPhone SE 2 to come with glass back for wireless charging. Lusting after a compact iPhone? Well, if leaks from Chinese social are not false, you will soon find an iPhone that is compact enough to get you turned your desire into reality.

According to the leaked images of Apple’s iPhone SE 2, the tech giant is making plans to release a follow-up to its only compact smartphone.

Apparently a fully-built device is shown through the fresh pics. The device shown is completed with a new glass back for wireless charging alongside a headphone jack.

Apple’s decision to drop the headphone port with the release of the iPhone 7 & 7 Plus in late 2016, that was much to add to the annoyance of wired earphone owners everywhere, that’s why the company has decided now to re-emerge that particular thing on the smaller model that comes as a bit of a surprise.

9to5Mac has reported that a new iPhone announcement could arrive as soon as next month, or at Apple’s WWDC event later the next month in June.

Must Read: Is this Galaxy S9 Active really a rugged variant of the Galaxy S9?

The iPhone SE was launched 2 years ago that got updated with more storage in 2017.

The current iPhone SE packs a 4″  display, an aluminium back with small glass panels at the top & bottom, alongside a 12-megapixel rear camera as well as the Apple-built A9 chip.

According to the rumours this device will offer much of a leap in terms of specs & features, but the best reason to buy an iPhone SE 2 will be its affordable price. Yes the price of this compact iPhone is expected to be around £349.

Some other rumours also suggest that the company is moving toward its biggest iPhone ever, with at least 2 additional models that are due around September.