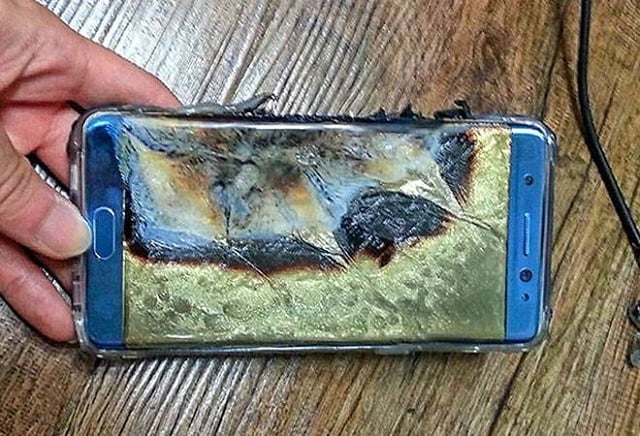 The galaxy s7 edge catches fire. I’m pretty sure the daunting memories of phones catching fire aren’t past Samsung just yet, and these memories seem to be getting refreshed, as new cases have arisen of Samsung phones catching fire. Not so long ago, Samsung had an absolute nightmare with relation to the Samsung Galaxy Note 7, as the phone had a massive battery issue, resulting in more than a dozen of devices catching fire. And while Samsung seemingly improved its method with regards to batteries, it seems that the problem is still somewhat persisting.

Just a little while back, in fact just a few weeks back, Samsung’s latest flagship phone, the Samsung Galaxy note 9 reported to have caught fire. The incident occurred inside a woman’s purse – and she belonged to New York, where the incident actually took place. This resulted in a lawsuit against Samsung, in which she stated that while she was using her phone on 3rd of September, it became extremely hot, and as a result, she immediately put an end to her usage, and eventually went on to put the phone in her purse. As time persisted, she stated to have heard not only whistling sound, but also noticed a thick smoke which came out of her purse. And while you might think that this is the only case reported where a Samsung phone has caught fire in recent times, then you’re wrong, because it seems another one of Samsung’s flagship phones, the Galaxy s7 edge too has caught fire, and this too happened in recent times.

In a recent report, it is claimed that the Galaxy s7 edge suddenly exploded and ended with catching fire. The owner of the phone went on to claim that while he had the phone in his back pocket, he wanted to take a picture, and this could not happen because the phone froze, and shut down. He then proceeded to place the smartphone on one side, after constantly trying to switch it on, and in a matter of seconds, the device caught fire.

The owner of the phone took the case to Samsung’s local customer service, where he was told that since the device’s warranty had expired, it cannot be replaced. In a turn of events, the man addressed a tweet to Samsung’s customer services department, in response to which he received an apologetic call from Samsung Morocco, excusing the manner in which the matter was handled by the customer service. The company eventually offered the owner a brand new Samsung galaxy s9, and finally requested him to take down all the social media posts in relation to the explosion of the s7 edge.

Uber is a key economic contributor in Pakistan, helping create part-time work across many segments of the population (Exclusive Interview with Uber’s Regional General Manager for Middle East and Africa Region)