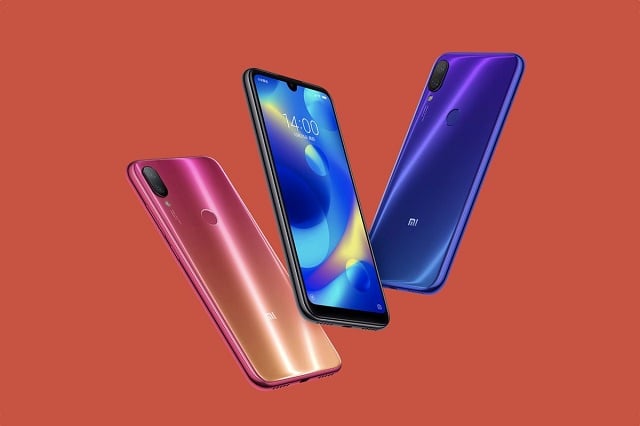 The Chinese mobile phone producer Xiaomi has introduced a new phone which is known as the Mi Play, which was released by the company yesterday. In terms of the device’s design it shows for a sleek design but the phone is also coming with a circular camera notch that is not a hole-punch design like the one we have seen on the Samsung and Huawei devices, but instead it is center-aligned and is quite obvious. It is what is termed to be a “water droplet” notch that is much more than just an ordinary notch, even if it is round. On the back of the phone, we have dual cameras which are vertically aligned, like om the iPhone X lineup.

Must Read: Huawei Next Flagship Mobile Phone Processor will be Called the Kirin 985 and It May Debut On the P30 Series

The specifications of the phone includes a 5.84 inch screen size with a 1080×2280 display resolution. The phone is powered by an efficient MediaTek P35 processor and comes with a RAM of 4GB with a composite internal memory size of 64GB which can be upgraded using a Micro-SD card. The phone packs a 3000 mAh battery which should be ample enough considering the hardware of the phone. There is also a fingerprint scanner, embedded in the back of the phone. The rear dual cameras are 12MP and 2MP respectively.

Now considering the specifications we have mentioned above, the sleek design of the mobile itself and an impressive enough, round camera notch is priced at $160 which is a bargain considering the prices the phones are coming out for these days and well lets be honest at that price a phone with the mentioned specifications is a very good bargain. It is still not clear whether the company will launch the phone globally or not!