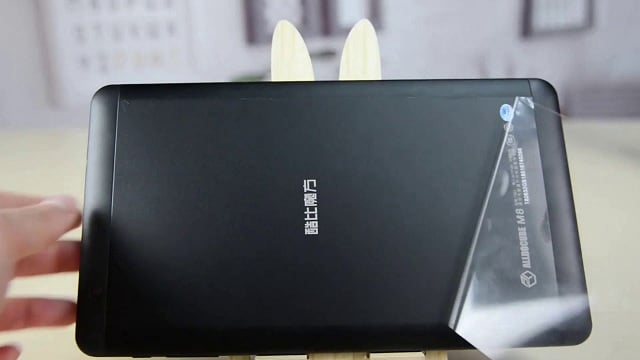 Alldocube is certainly starting to set standards with its latest releases and activities, and with the launch of the Helio X27-poweded M8 tablet, things wouldn’t seem to be any different. The tablet comes with a great battery – to be exact, the battery of this particular tablet would 20 percent larger than other same 8-inch tablets present on the market. The initial price of the tablet was $134.99, however, it is now available for only $129.90 on AliExpress. Not only this, but the device will also become available on Amazon starting from January 2019.

Amongst the main selling points of the tablets remain to be the great battery, as well as the MediaTekHelio X27 flagship SoC, which is said to bring around 20 percent more firepower to the device. The company has gone on to release several videos which have gone on to show what the tablet will bring along with it, and with that said, there are without doubt a huge number of fans that are eagerly waiting to see what the tablet actually offers.

Must Read: Careem seems to be in the works of launching their own system of payment, CareemPay

Moreover, the tablets comes with an 8 inch display and with that said, the device would actually be the first device from the company to sport the Helio X27 10-core SoC.It goes without saying that all cores would support 64bit while the Mali T880 MP4 GPU is powerful enough for almost and pretty much every game out there. The device will run on the Android 8.1 Oreo OS right out of the box. I’ve talked a lot about the battery – and the tablet will come with a huge 5500mAh battery, which, like I said before, would certainly make it stand out among other affordable 8 inch tablets which are present all over the market.

In exact figures, the battery power would be 20% more than its predecessor and could quite easily take you through a day’s usage. In terms of the storage, the tablet will come with 3 gigs of RAM and 32 gigs of internal storage.