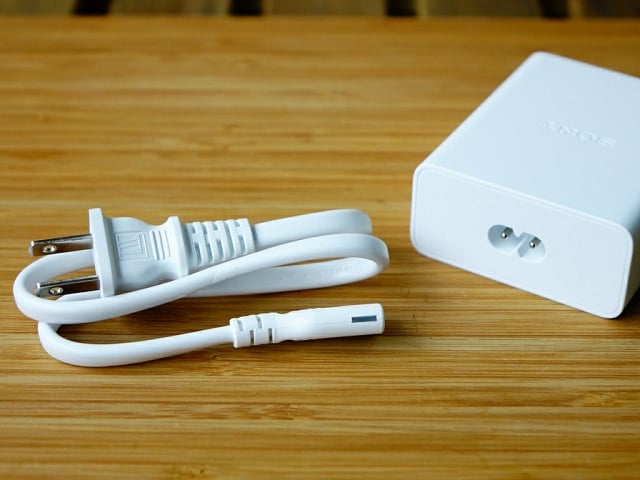 Sony has now gone on to introduce the first ever PD (Powerful Delivery) fast-charge charger for all the devices which happen to be USB-PD compatible. It is noted that the charger featuresa quite intelligent power controller, which has the power to maintain both safe, and reliable performance – in the case that it is used repeatedly. The charger has the model number CP-ADRM2 attached with it, and comes with a dual output port; with the first USB-C port having the capacity for the production of 5V/3.0A, 9V/3.0A, as well as 15V/2.6A, also delivering up to 39W to all the devices which are found to be compatible, by safely increasing the voltage to the USB-C port. It goes on to produce five times as much as the output we have from a normal charger. On the other hand, we have the second USB-A port, which has the capabilities to deliver 7.5W 5V/1.5A. In a combined fashion, they have the ability to give an output worth of 46.5W power synchronously.

The charger goes on to use a standard X7 (coupler-7) or figure 8 connector on order to plug into an extension outlet, which differs along the lines of different markets. The AC adapter also features a heat resistant design, along with 100V-200V compatibility to charger your device, wherever you happen to find yourself across God’s green earth. The special treatment which is present on the matte surface helps prevent the charger from scratches. This would obviously enable any users to carry around the charger without the worries of it actually being the recipient of any wear and tear.

Must Read: P10 series from the Huawei P10 series starts the receiving of EMUI 9

With the help of the USB-PD technology, the larger devices, for example : notebook computers might as well be charged with the same speed as the specified AC adapter. It might also be very useful in order to charge a wide range of smartphones, as well as iPads, cameras, tablets, and even more stuff which happens to be using the more conventional USB-A port with the micro, or indeed mini USB cables.

The charger is indeed available in Asia as of this moment, however, its availability in the other parts of the world, such as Europe, is still unknown.