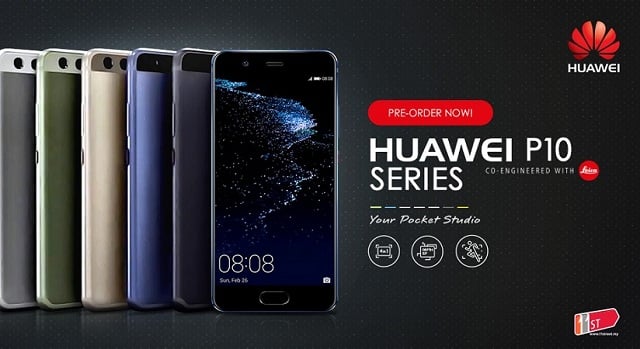 Huawei had made the announcement with regards to the Android 9 Pie based EMUI 9 at the IFA 2018. It is amongst the major updates for the Android based OS. Also, just a few weeks ago, the P20 series from the Chinese brand had received the latest EMUI 9 Update, and now, with the latest reports in mind, we have got to find that the EMUI 9 has started to hit the global Huawei P10 Series.

Huawei announced recently that the EMUI 9 will be eligible for all the Huawei smartphones which feature with the Kirin 970 processor. However, there were no comments on the rest of the lineup which was introduced by the company.

The EMUI 9 would without doubt be welcomed by all the users, as it will provide highly improved user experience. This would happen to perform around 12.9 percent more faster than its predecessors. Not just this, but it would also support faster application launch speeds – with the best example of this coming from the fact that EMUI 9 would have the capabilities to launch Instagram around 12 percent more faster, while Spotify will be launched around 11 percent more faster than its predecessors. Moreover, the update would also bring along a brand new user interface for the Huawei P10 users. It goes on to offer Gesture-based navigation. However, while things certainly seem to be impressive, to burst the bubble, just consider the fact that there isn’t actually GPU Turbo. The update would also bring new alarms, as well as ring tones which would be inspired by nature itself.

One of the most interesting things that this update will bring with it is the all new Digital Balance dashboard. The new dashboard will have the ability to track device usage metrics. With this in place, the users of the P10 would now have the power to set a usage quota for each application that they might or might not have in their possession.