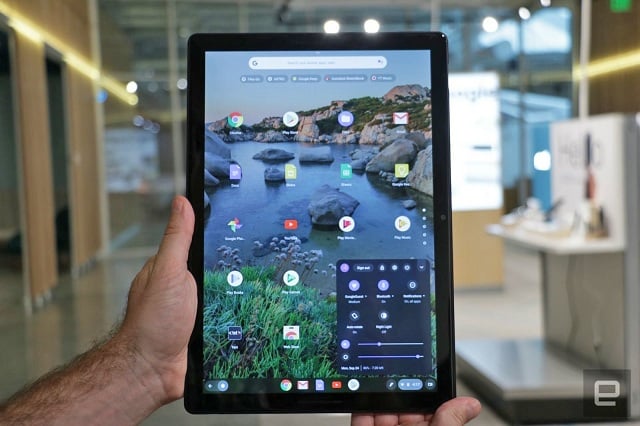 Now the Google Chrome Operating System, tablets still have some problems with them, one of those problems is the lag they have been getting on their Interface. Even if you buy the higher-end of the product, the more expensive model if I may, the problem still persists, even if it is the Google’s own Pixel Slate Tablet. Now this problem in the Interface has been a cause of real concern for their product consumers and has even been a deal breaker for some of these consumers, which is concerning folks at Google. Now Thankfully, Google understands this problem, faced by many of their consumers and it has been revealed that Google is in the works of creating a suitable solution to this problem, to at least reduce the lag that consumers find in their OS Interface. Now as it turns out, the fix to the problem might actually be quite easy.

Developers noticed that a lot of lag in the Tablet’s overview mode stems from the performance-intensive way it draws rounded corners and when you take these away, the performance of the device increases and becomes more efficient, this significant advantage was even seen on the Celeron based entry known as the Pixel Slate. Now this may or may not solve, every issue of the lag, but it could at least improve the overall experience of the consumer somewhat if not entirely.

Moreover Google has made finding a solution to this problem, their top most priority, but the discussion thread on the topic started in early November and as yet the problem of the Lag still persists. A solution may not yet be around the corner but when it does show up, it will be welcomed by all.