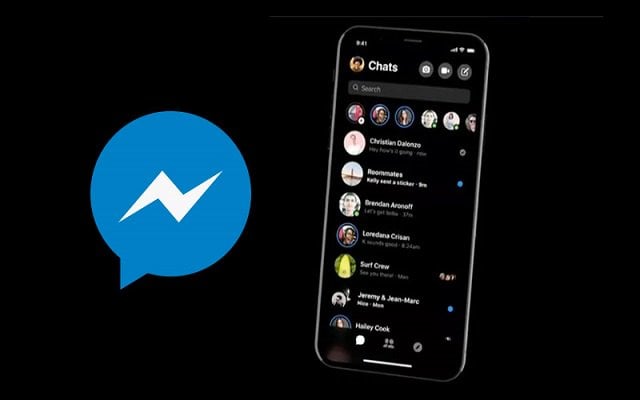 Facebook is reportedly in the works of testing a possible dark mode in their messenger app for some regions.According to CNET member, number of users have taken to Twitter topoint out that they have started seeing an option to test out a new dark mode in their messenger application. A Facebook users has revealed via a screenshot taken by his phone that there has been an option for the dark mode showing on his application and when he selected the option, it showed “work in progress” revealing that the supposed feature is currently in the works of being developed and may well arrive in some regions soon then expected.

Must Read: The Moto G6 Plus’ Android 9 Pie update ready

Facebook previously teased dark mode and a simpler interface back in October 2018, when they promised to declutter the messenger app and make it more streamlined; something that users have been asking for a long time. According to a Facebook spokesperson, the social media giant is indeed testing out dark mode in some regionsand it wont be long before this feature ends up as an option for you to set as well.

Moreover, the twitter user we mentioned before also shared other multiple screenshots, which showed us what the messenger app may look like once the dark mode design has been set for your application which more or less tells us about the progress made by Facebook under the given condition which is good to see. Furthermore, considering the amount of propaganda faced by the company nowadays, its good to see them developing and innovating for their consumers. Furthermore,  it should not be forgotten that Facebookrecently released an updated and more streamlined user interface for messenger, but they had to roll that back without giving any solid reason, hinting towards a more controlled and rigorous testing process for this new visual change.