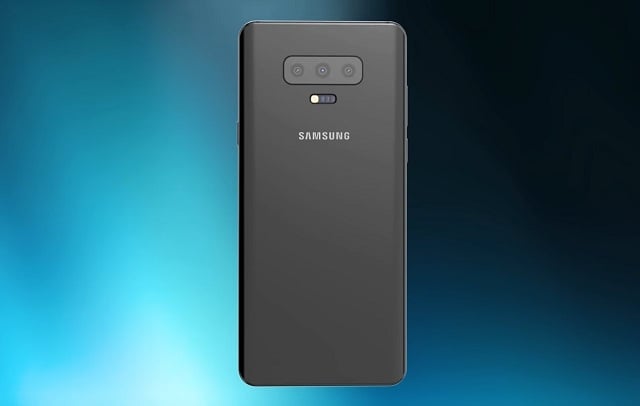 So we are only two months away from Samsung’s likely announcement of the Galaxy S10 and we have just got hold of the first major leak of the said mobile phone, Serial gadget leaker Evan Blass posted a photo on Twitter on what he says is one model of the upcoming Samsung Galaxy S10 series.A photo, which has surfaced online  shows users a phone with a nearly full-screen design which is coming along with a  camera cutout in the top-right corner and thin bezels around each edge. There’s just the slightest additional thickness for a seemingly chin type style at the bottom of the mobile phone.

Must Read: Facebook seems to be testing a possible dark mode for their messenger application

Blass has indicated that this picture comprises of what will supposedly be the standard version of the Galaxy S10. Moreover, there is also a cheaper variant of the mobile which is also expected along with a larger Plus model and a 5G inclusive model. Samsung typically announces its Galaxy S phones at the end of February and Samsung looks to carry on that tradition this time around as well, with their phones expected to hit markets in February of 2019.

Samsung has avoided the notch trend that’s spread to basically every other smartphone in the past year. Now the company recently unveiled a series of next-generation screen designs that start to include some small interruptions which do not include a notch design concept whatsoever,  which is good to see by Samsung, at least they are always in the works of producing something innovative. The one we’re seeing here on the leaked S10 is from a model which Samsung calls the Infinity-O display, which we’ve already seen one other phone make use of. Its use here will make the S10 Samsung’s first flagship phone to include any kind of screen interruption instead of building the tech into the bezel above the display.