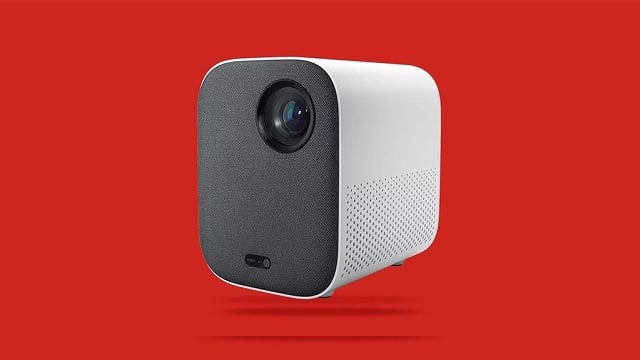 The Xiaomi Mijia platform have aunched another cool-looking home appliance which is  a handy Mi Home Projector lite, which other than providing you with an amazing resolution for projection of various media forms should also go well with your drawing room furniture. The projector is meant to replace your living room TV and comes in way cheaper than an average 50-inch LCD or LED unit and hence is more or less affordable for many consumers who wish to get a feel of a home theatre. The company’s Mijia platform usually launches a product after crowd funding it, and mainly focuses on household appliances or other daily-life tech pieces with attractive prices, so seeing this product come to life is not something which was particularly unexpected, but considering the features of the device, it provides a very good and efficient option for projection purposes and style, at a quite reasonable price.

So in terms of the projector’s specific features the new projector is capable of producing a crisp amd clear 1080p image for the video andthe projection can be made on a much larger or smaller screen, screens which are between the size of 40 to 200 inches, but the quality might get affected with a larger screen size. The native aspect ratio is 1:2:1, and it stays the same no matter what screen size you choose. Furthermore,  the device uses a 500 ANSI LED lamp that can last up to 30,000 hours. Some new-age features include the, Mi Home Projector’s inherent HDR10 support.

Xiaomi has also  promised its many consumers all over the globe a decent audio quality for their new projector. The new device is henceforth equipped with its own high-quality speaker, that has native support for Dolby Atmos and DTS which is a really awesome feat.The design of the device is cube-shaped and moving on the device also has a capability for voice control features and uses Xiaomi’s own speech recognition technology, so you can issue commands such as play or pause just by using your voice. It uses Mi TV functionality, that brings all the features that are present in other Xiaomi Smart TVs to the Mi Home Projector.

Finally the price of this projector has been revealed to be about Rs 50,500 which considering what even very low quality projectors go for, is a very economical price considering the amount of amazing features the users will be getting at that price.