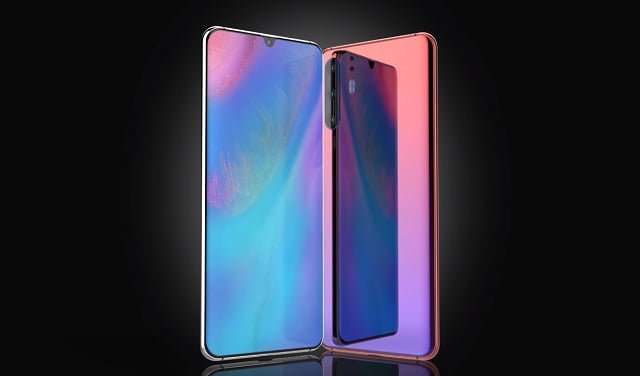 On the exterior side of things, it looks like Huawei won’t bring a whole lot of changes when it comes to the P30 being compared with the P20. The metallic colorful design is certainly here to stay it seems, and as is the vertically-mounted camera setup.

However, while there might be quite some similarities, it isn’t actually all the same. The most notable difference that we can find on the P30 in comparison to the P20 would definitely have to be at the bottom of the device : as it seems that the P30 would see the return of the headphone jack.

Must Read: The latest and upcoming Redmi phone might Feature Type-C

There are other differences,too that we can tell from the renders. It seems that the P30 would go on to feature with a Waterdrop notch, and would see the removal of the Huawei chin. There also seems to be a triple camera setup on the back of the phone. The triple camera setup on the P30 would certainly seem as an upgrade, since this type of setup was reserved for the P20 Pro only, last time around.

Finally, the one major change that comes along with the Huawei P30 would without doubt be the absence of a rear fingerprint scanner – this heavily goes on to suggest that the P30 will probably feature with an In-display fingerprint sensor.

All these renders come courtesy of @OnLeaks, and while there do seem to be some surprising admissions made, @OnLeaks is usually quite reliable to say the least. However, remember that these points made about the upcoming Huawei P30 are not set and stone, so things might be subject to change, and we might not actually see the presence of the headphone jack on the P30. I guess we’ll just have to wait and see.