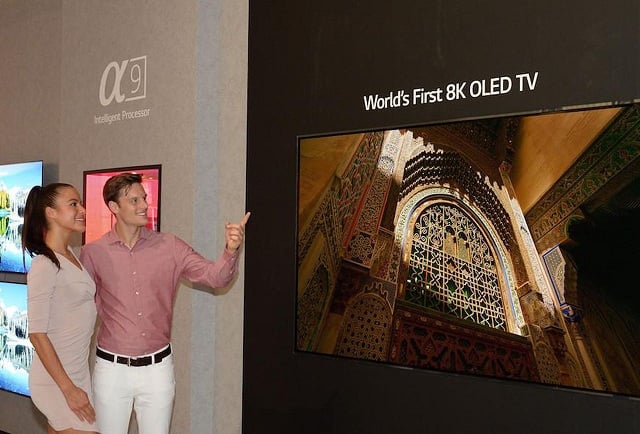 It wouldn’t feel like the CES if we wont see a few amazing and tantalizing screens from the major distributors LG and well the company seems set to live up to its reputation this year. Now to start of, the company is offering a dramatic upgrade to the Crystal Sound Screen Technology which the company released back in 2017. Now their newest version is an amazingly large 88inch, 8K OLED display which has not been pictured as yet which comes with a panel which will support Dolby Atmos 3.2.2 audio channel.

Must Read: TikTok Application has reached over 12 Million Downloads

So the new device will be set to change a few things. The new TV screen will not only give you an amazing picture quality but in addition to that, they will also give you a seemingly good sound technology which will somewhat reduce the consumers concept of going out and buying home TV compatible speakers. LG has not as yet outlined the plans it has set for the screen but there is little doubt on whether this would be the most relevant for a future TV set. Moreover, the company also has something in stored for its many fans of fast paced shows. In addition to a 65 inch 8K OLED display, the company is looking set to show off a 65 inch 4K OLED panel with a worlds fastest motion picture response time of just 3.5ms. The LG pitches this as ideal for action movies and sports purposes and although it should also be suited for gaming where even a slightest unintended blur during the gameplay can cause your experience to be ruined.

Moving on there are also some other eye-catching innovations which will be released in the coming year. Drivers may well appreciate a 12.3 inch transparent OLED as well as a similarly sized plastic OLED center information display. LG Display is also in the development stages of wielding its Oxide backplane technology by producing an upcoming 27 inch 4K monitor with bezels just 0.11 inches thick on all sides, in addition to that there is also a 13.3 inch 4K screen monitor that would perfectly suite the laptop users with a power consumption of just 2.8W. So all in all it will be a pretty busy year for the company which is LG.