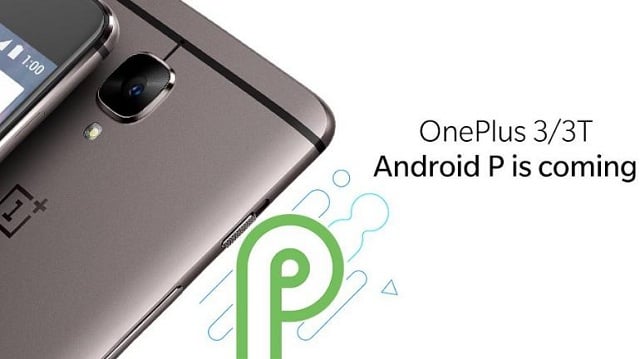 Not that long ago, OnePlus had made the announcement with regards to both the OnePlus 3 and the OnePlus 3T, and the announcement concluded that both these phones will indeed be getting the upgrade to the Android 9 Pie. When it was announced, it came as a huge surprise, since  both the phones are seemingly obsolete now, and while there may still be a handful of users still using both these devices, you don’t see every company working on the latest updates for phones that were released years ago. What most Android manufacturers do is that they stop after two OS updates, and this is why the OnePlus 3/3T getting pie is quite a huge deal.

The update to Pie just as might be getting around both these devices sooner rather than later, as models running the latest version of Pie have already made an appearance over on Geekbench. The OnePlus 3 was subject to being benchmarked just a few days ago – the 3rd ofJanuary to be exact, while the Pie-running OnePlus 3T was benchmarked last year, coming in on the 27th of December.

Must Read: LG Display have launched an 88-inch 8K OLED screen with built in sound

At the current moment of time, both the OnePlus 3 and the OnePlus 3T are running the OxygenOS 5.0.8, which happens to be based upon the Android 8.0 Oreo. OnePlus had actually gone on to cancel the update to the Android 8.1 Oreo, just so the update to Pie might have been made possible. The update surrounding Pie should also bring about a new security patch when it finally begins to roll out.