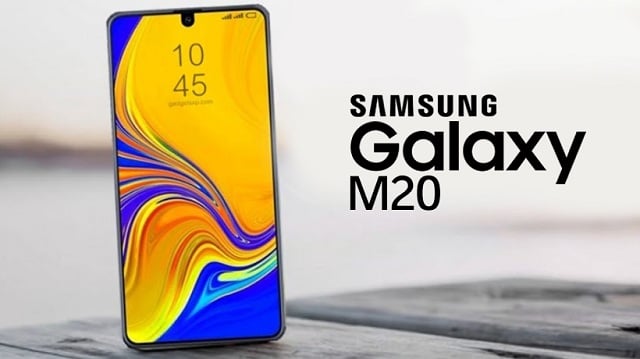 The FCC certification has given us quite an indication that the Galaxy M20 will be quite similar to the Galaxy M10 in terms of design. However, it is expected that the M20 will be a bit more thicker, as well as a bit bulkier than the M10. It is expected that the handset will feature with a rear dual camera setup (13MP + 5MP) on the left side of the phone, with an LED flash accompanying below. It has been stated that the notch will be the host to an 8MP selfie snapper, and in addition to this, it has been confirmed by many sources that the back of the phone will also be featuring the fingerprint sensor.