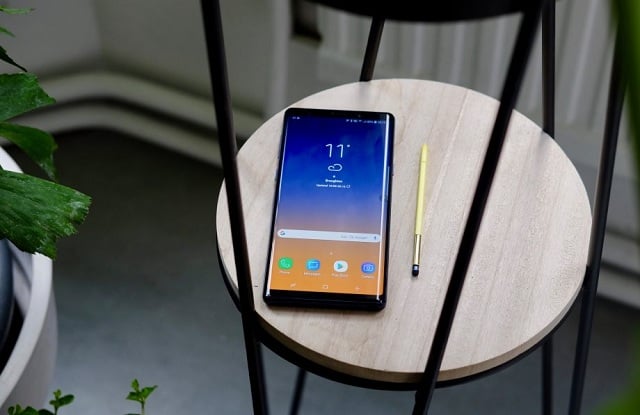 In recent news coming, Samsung has just started the roll out of One UI Android Pie for its flagship for 2018, the Samsung Galaxy Note 9. This has been spotted by SamMobile. The update has been seen in Europe, in particular, Germany for the variant which possesses the Exynos Chipset, however, it just as might be true that the update might be deployed in other territories around the globe, too.

The software version for the update which rolls out is the version N960FXXU2CRLT, and comes with the security patches which belonged to January 2019, and should also include the Pie features which have been anticipated, featuring the likes of adaptive brightness. The Galaxy Note 9 owners running beta software have just 95MB to download, however, at this moment of time, we don’t exactly know what file size to expect for the general users.

There is good news though, and this comes in the form that Samsung has rolled out the Galaxy S9 Pie update to both the beta, and the non-beta users in a simultaneous manner, so it is quite likely that it should be a similar case for the Samsung Galaxy Note 9.

If you haven’t been notified by Samsung yet, you can actually go on and try to push the OTA yourself by heading to the software update page which comes in your phone’s settings menu.