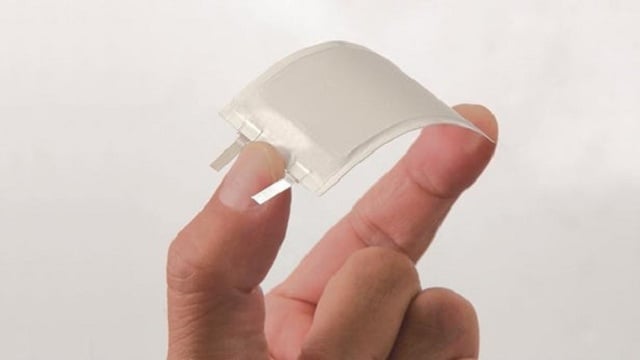 So Jenax which is a South Korean technology company has unveiled its latest range of J.Flex Flexible batteries which can be bent in to other shapes, quite like a piece of paper. The main purpose of such technology is to make much better wearable medical devices that will provide much more comfort once the device is equipped with such flexible batteries. These batteries will be the first of its kind, and will be a good innovation, as we do not see something new in batteries, other then the increase in power capacity. These batteries will be showcased to the world at the upcoming Consumer Electronics Show (CES) 2019 and will supposedly be launched on wearable devices soon after the debut on CES 2019.

Must Read: OnePlus 3 and the OnePlus 3T has been spotted running the Android Pie on Geekbench

As of the moment,  Janex have already showcased these batteries back in the CES in the year 2015 which helped the company gain worldwide attention as they could be easily shaped in to and fit in to the linings of their clothes and other flexible materials without having to actually place a solid battery pack. The company is already doing well in contrast with the medical equipment and will also be showing their J.Flex batteries at the Digital Health Summit which is a part of the CES 2019.

Moreover, one major drawback of this particular innovation is that the batteries will still require some improvements before they can be seen in practical devices. The major problem is that the battery only has a capacity for 30mAh which about 20 percent of a button cell. Now if the capacity of such a battery is improved this battery could well make its way on to other devices. The CES 2019 will be platform where the battery will likely launch in or ay least make a appearance in.