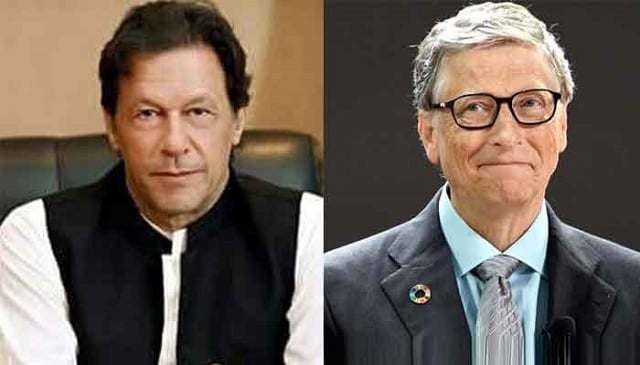 Well when you hear the name of Bill Gates I am sure that many of us here know who that is, he is the acting co-founder of one of the biggest technological firms in the world, Microsoft and on top of that he is one of the world’s biggest philanthropist. He has established the company as of the market leaders in the world of technology and is also in the top 100 of the richest people in the world. So why are we talking about him, well the man of the hour, has shown some keen interest over the possibility of exploring investment in the country of Pakistan, as reported by the new channel, ARY.

Must Read: 5 Pakistani Nationals have been left stranded in Egypt, after they were charged with drug trafficking

Bill Gates expressed this view using a letter he sent to the current Prime Minister of Pakistan, Imran Khan and as per the media reports, Bill and the Melinda Gates foundation President Chris Elias reportedly contacted the PM of Pakistan and hence sent a letter to him expressing their interest in investment in Pakistan. Bill Gates and the Melinda Gates foundation is focused on eradicating poverty, improving children health, eradicating polio and to help empower the victims of society, with women and young girls being their target population.

The letter also stated that Bill and Melinda Gates Foundation, is also interested in investing in the health sectors of Pakistan to in turn help the foundation reach one of its top aims and Bill Gates has also appreciated the efforts of the Pakistani Government and the Pakistani Army in the past, for trying to completely end the affects of Polio through proper vaccination. Moreover, given the current economic crisis which is surrounding the country, such a possibility of investment in the country could bring a lot of benefits, and seeing the big man invest in the country will also give other businessman confidence in investing in Pakistan and let us hope that such a possibility does in fact go through.

5 Pakistani Nationals have been left stranded in Egypt, after they were charged with drug trafficking