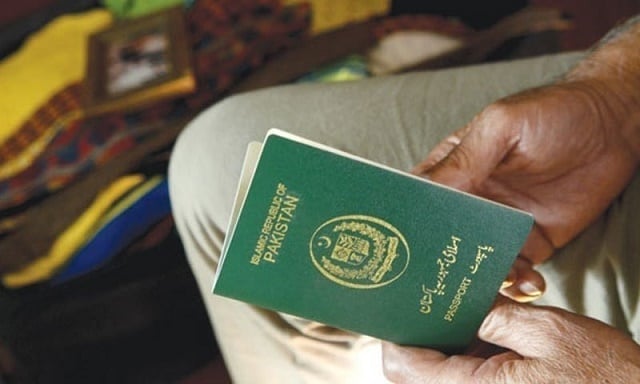 Pakistani Passport regarded as the fifth-worst in the world

The Pakistani passport has supposedly moves up a couple of places on the 2019 Henly Passport list, and remains the fifth worst passport globally. In the new edition of the Henley Passport index, the country currently occupies the 102nd spot and has gained up two positions since the previous edition of the index was launched but just like in 2018 Pakistan is only better than four other countries namely, Syria, Afghanistan, Somalia and Iraq, which is a cause of concern for the Pakistani community.

Must Read: Liscence of 16 Pilots and 65 cabin crew have been suspended over the Fake degree scandal

The Henley Passport Index ranks the passports of all of the world’s passports which are available for grabs. The rankings is based on data which is collected by the International Air Transport Association, which currently has the largest database of travel information and the information that they hold is enhanced by extensive, research by the Henley and Partners Research Dept. As of right now Japan holds the no 1 spot in the Index for the consecutive second time and they offer visa-free access to a record 190 destinations worldwide, whereas Singapore continues to hold the second place along with the nation of South Korea which has moved up to the third place. Denmark, Finland and Sweden share the joint place of 44th.

Pakistani Passport regarded as the fifth-worst in the world

In the Asian countries, one of the most prominent demonstration of Asian Passport power, China has moved up 5 places in the Index, from 74th to 69thwhile Cambodia holds the 86th place and Myanmar holds the 90thplace who have moved up four places. Moreover the Indian Passport occupies the 79th spot in the rankings. The UAE have also climbed up five places from the 27th place to the 22nd which also shows their rise. All in all the list gives us a clear picture on what the world thinks of the mentioned countries and well Pakistan will need to move up some places to establish an honorable presence in front of the world

Many Jazz employees will be axed