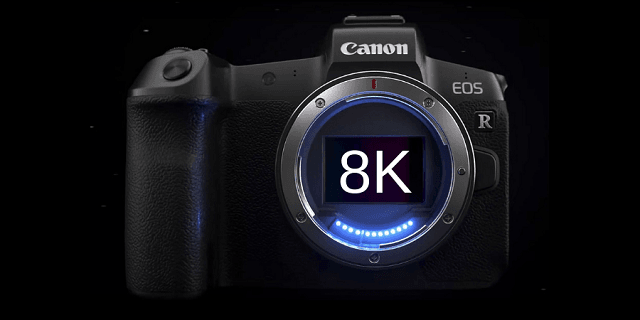 Cannon has reportedly stated that they are looking to develop a new full-frame Mirrorless Camera which will be capable of shooting videos in an 8K Resolution, which were certainly put them as the top Camera manufacturer’s present in the market. In an Interview with the ‘Imaging Resource’ the product planning executive Mr. Yoshiyuki Mizgouchi confirmed by stating that “an 8K video camera is already in our EOS R-series roadmap” referring to the already in development range of mirrorless full frame cameras.

Must Read: Samsung to launch a massive 219 inch TV screen, which they call “The Wall”

Moreover, such a product could still be a little way down the road, but just the prospect of such an amazing creation has really excited users and the comments are notable because Cannon is generally considered to have stumbled with its support for the 4K format, despite also innovating the notable Full-HD video capture with their 5D Mark 11 which they released in 2008. In 2016 the company launched the 4K capable 5D Mark IV and the 1D X Mark II DSLR’s and it took them until last year to adopt to the generation of cameras which are mirrorless with the launch of their EOS M50 and while the new EOS R is capable of shooting video on 4K it is still far from being the perfect camera for the job.

Furthermore,  keeping the video capabilities aside, the first EOS R is mid range Full-Frame camera and Cannon wants its future models to occupy positions below and above it in the lineup. Moreover, in this regard Mr. Mizoguchi says that “ We are developing multiple EOS R cameras now, but due to varying levels of preferred features we are likely to launch an amateur model next,  in order to let a group of customers step up and enjoy full-frame image quality.

Samsung Showcases the Future of Connected Living at CES 2019