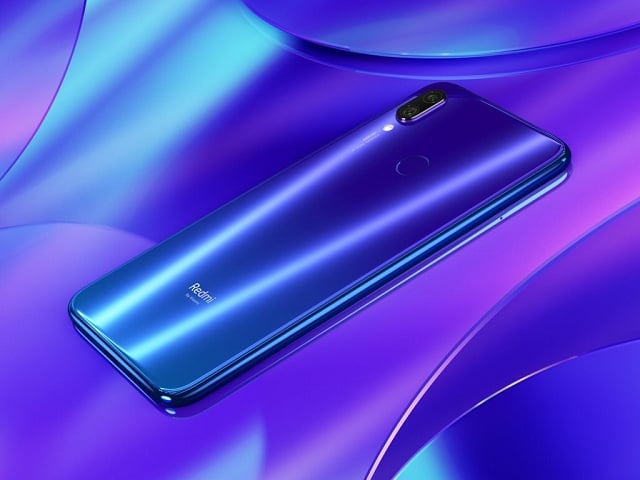 The previous teases surrounding the Redmi Note 7 centered around the speculation that it would consist of a glass back and gradient color schemes. The phone indeed does, and is breathtakingly beautiful – however, needless to say, there is much more to what the phone offers than its premium design.

The main selling factor of the phone is without its camera setup – which consists of a 48MP f/1.8 main camera (Samsung GM1, 0.8 micron pixels) and a 5MP secondary shooter. Redmi went on to confirm the previous rumors which stated that the main camera will be able to make use of Pixel-binning in an attempt to take better shots, albeit at a 12MP resolution. On the other hand however, the selfie duties are handled by a 13MP snapper placed at the front of the phone.

Must Read: Both Samsung Galaxy S10 5G variant and foldable Galaxy to arrive with huge batteries

The Redmi Note 7 goes on to be powered by a Snapdragon 660 chipset, and while this isn’t exactly the latest 600 series processor, it will can do quite a lot for a budget device. Also go on to expect a massive 4000mAh battery.

The phone also comes with a 6.3-inch full HD+ display, as well as a waterdrop notch, USB Type-C connectivity, 18 watt wired charging, an IR blaster, as well as a headphone jack.

While the phone does indeed come with some great features, with the highlight being on the camera setup that I just talked about – the best thing with regards to the phone just has to be the price that it comes with. Stating at just $147 for the 3GB/32GB, you’re getting an absolute steal for under 150 dollars. It is quite possible that this might be the cheapest phone of the year which will have a 48MP camera at its disposal – and we’re pretty confident that this will be the case for the next few months at least. Let’s wait and see.