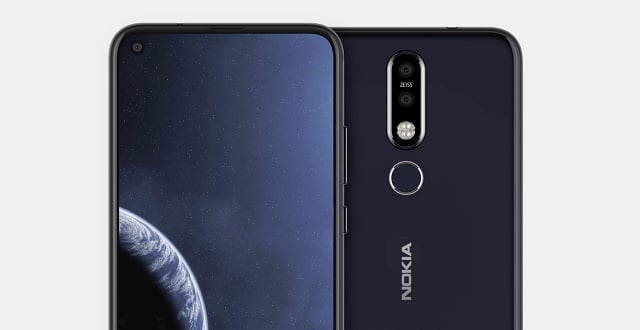 Mobile
Home - Mobile - A new leak shows a punch hole display in the upcoming Nokia 8.1 Plus

A new leak has appeared on the Internet which gives us a little insight in to the new phone that HMD is launching, The Nokia 8.1 Plus. Now what’s interesting about the new smartphone is that it shows us a punch hole design for its front side camera which is on a 6.2 inch Display, we have seen a similar punch hole design on the Huawei Nova 4 as well as the Samsung Galaxy A8s. Now the leak has somewhat verified that the new phone could possibly come with that design, and the source of the said leak is OnLeaks, which is a fairly reliable website in accordance with the various leaks and rumors on the topic of technology.

Now, despite the phone being the Plus version, the phone’s screen is only about 0.04 inches larger than the Nokia 8.1 and even the dimensions of both the phones are quite similar to one another. Moreover, an in-display camera reduces the risk of a notch design and hence opens up more space in the display which is great to see. However, this change may not be quite enough to compete with the other flagship phones of various companies in the market.

The phone will supposedly be running the Android One OS, and will pack a Snapdragon 845 processor which will give it an even better speed then the non plus version phones of Nokia. The phone is expected to launch soon and users are hoping that the new Plus version of the phone will be much better than the Nokia 8.1.