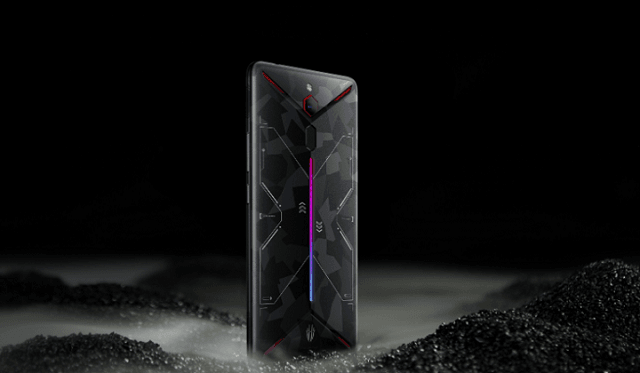 There are three color variants that the Nubia Red Magic Mars comes in – and these range from the likes of the Flame Red, to the likes of Meteorite Black, and finally, Camouflage. The sales for the first two variants have been going on for the past month now, however, most recently, Nubia went out to announce that it has already begun the taking of Pre-orders for the Camouflage edition, too.

The Red Magic Mars version doesn’t only have a sick paint job, but it also has some amazing specs – in fact, it is the variant that comes with the most powerful RAM – 10 gigs, along with 256 gigs of internal storage. The special camouflage edition also has the presence of an anti-fingerprint coating, while the quoted price tag for the special variant at $591.

On the front of the phone, we have a 16MP f/1.8 sensor on the rear side of the phone, while it has an 8MP f/2.0 sensor on the front side of the phone – for the purposes of selfies, of course. The phone comes with a fingerprint scanner that is rear-mounted, while it goes on to pack a 3800mAh battery, and runs the latest Google has to offer, in Android Pie, with Red Magic UI on top. There is also an RGB strip on the back of the phone, along with two touch-sensitive shoulder buttons placed on the side along with stereo speakers with DTS 7.1 surround sound.

The sale for the Red Magic Mars will commence starting the 31st of July in the states along with Europe. The phone will come with starting price tag of $399, and the Camouflage edition will indeed be known as the Conqueror Limited edition in these markets.