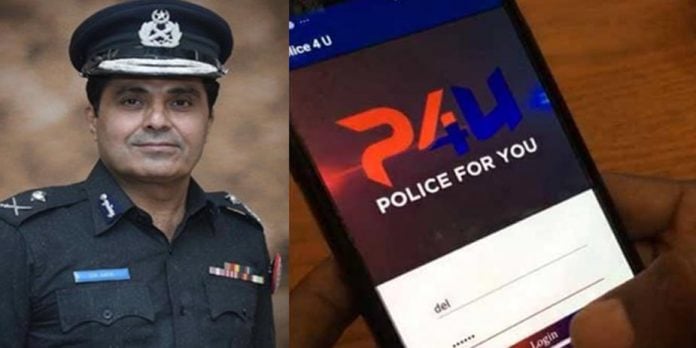 Featured
Home - Featured - The additional IG of Karachi, innaugrates the Police for you App for Pakistanis

There was an event held at the Saleem Wahidi Hall in the city of Karachi, which was dedicated to enlightening the people of Pakistani with the new apps which is dedicated to make the citizens of Pakistan feel much safer than ever before. Moreover many senior officials hailing from the department which is the Police of Pakistan made their way to Karachi in order to also play their part in the event.

You may download the application on the android Google Play store and Dr. Ameer Shaikh explained the whole process to the people present at the event. Moreover he also explained the main feature of the application, this app can be used to complain against any crime which may have taken place, at any particular time, you can easily complain the authority about that. Moreover the one of the central aims of the app is to aid the citizens of Pakistan and in turn take the full advantage that technology can provide them with.

Must Read: Countries where most non-licensed software is being used on PC’s

Dr. Ameer further shared that the Victim Support Service has also been launched by the Police, which will help the citizens get better results against any crime which takes place against them. As soon as the crime has taken place, The police will be in action as soon as they receive that complain. He further added, that the Authorities want to provide the ease of the service rather than just the service, by which he means that, people can easily use this app whilst they are sitting at home. There is also another app on its way, which has the sole purpose of complaining against any possible misconveniencescaused by the Police department. Action will hence be taken against them.

The final aim of the application is to terminate the ‘Thana Culture’ and to moreover help, better the efficiency rate at which the Police currently acts at. The app stands to help decrease the overall crime rate and to moreover help the citizens of Pakistan feel safer in any part of the country.