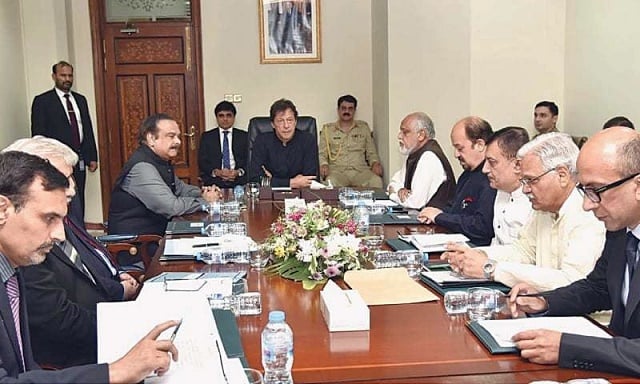 The PM’s Task force on the IT and Telecom has proposed that the 12.5 Advance Income tax that is currently embedded on to the Internet services must in the future be terminated. Moreover the federal Minister for the Information Technology and Telecommunications, Dr. Khalid Maqbool Siddiqui, chaired the second meeting set up for the PM’s Task force on IT and Telecomm on Tuesday. Moreover, the federal secretary for the Ministry of IT and Telecomm, Mr. Maroof Afzal, was also present at the meeting and Dr. Atta urRehman also attended the meeting as the co-chairman of the task force.

Moving on,  the three sub Task force on IT gave the idea to set up special and more efficient technology zones in the country to enhance the IT exports of Pakistan. Moreover they also stated that the image of the Pakistan’s IT industry will improve by establishing some more efficient technology zones in the country. Dr. Atta-ur-Rehman said that instead of setting up special technology zones from the start while developing land for this purpose, existing buildings or infrastructure can be designated as special technology zones.On the sale of spectrum, Dr. Atta-ur-Rehman said that spectrum should be allocated in the right manner. He also emphasized on the need to promote locally manufactured products like mobile phones, computers, laptops etc.

Furthermore it has also been proposed that the IT-related small and medium enterprises should be in turn more empowered as these special tech zones will help them do just that. The members of the Sub Task Force on Telecomm also saw that the taxes on these services were one of the highest in the world, a whooping 12.5 percent. It was proposed that 12.5 percent of Advance Income Tax on the internet services must start from the beginning at point zero.