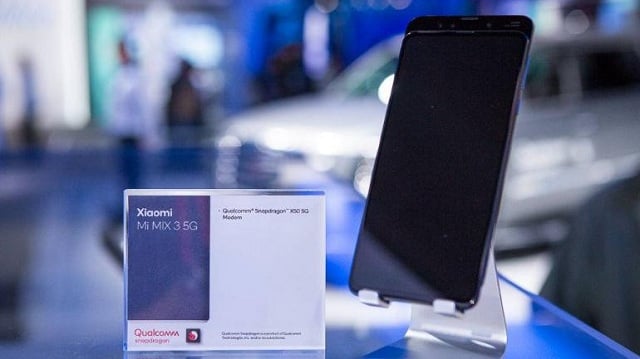 So a leaked invitation poster released by Xiaomi for the February 24th has surfaced on the internet, after it was shared by a popular leakster Benjamin Geskin via his Twitter account.  The tweet was deleted shortly after it was posted, but like the beautiful internet we know, it was far too late as the post was already shared on Reddit by some users, one thing led to another and well now, lets just say it has reached a lot more people then Xiaomi would ever expect. Xiaomi have therefore confirmed to the Pocket-lint publication that they will indeed host a press event on  the 24th February.

Various smartphone brands, including Xiaomi are expected to showcase their 5G compatible devices to the world at the upcoming Mobile World Congress (MWC) event which will be held between the 25th of January to 29th of January. Now Xiaomi have so far only cleared that they will be taking part in the event, they have not however, confirmed which devices will be featuring in that event. Rumors suggest that Xiaomi will be looking to announce the Mi Miz 3 smartphone which will come with the compatibility with the 5G network.

Must Read: The Fastest Network in the world award goes to non other than Telenor

Moreover, the Mi Mix 3 5G was first displayed at the Qualcomm booth at the recently held Consumer Electronics Show(CES) 2019 which is the biggest technological event held yearly. 5G prototype phones of major companies such as Samsung, OPPO, and Vivo were all showcased at the event. At the launch event of the company’s Mi Mix 3 mobile phone, Xiaomi also announced that they will be releasing a 5G variant of the said phone and it is now being speculated that the announcement regarding the 5G variant may well take place at the MWC 2019 event.

Now there may not be many differences between the Mi Mix 3 and the Mi Mix 3 5G but the major differences may include an upgrade in the chipset from the Snapdragon 845 to the new Snapdragon 855 with the X50 LTE modem for the 5G connection. The new phone may also come with a larger RAM size, possibly 10GB RAM.