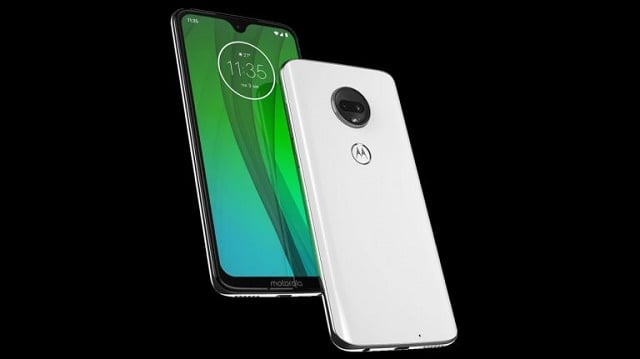 The Moto G7 Play is one of the upcoming Moto G phones, with the phone expected to launch sometime in next month. The Moto G7 Play should be amongst the cheapest of the ones which actually go on to be launched, and a Geekbench listing has followed up that claim by revealing that the phone would also be the least powerful amongst all that are going to be released.

The version which is present on Geekbench also goes on to reveal that the phone will come with only 2 gigs of RAM – running on Android 9 Pie, however.

The manual to the Moto G7 Play was seen not that long ago on FCC’s website back in November, and this came along with some photos to support the claim. The documents had gone on to reveal that the phone will come with a 3000mAh battery, a fingerprint scanner, and a display which will be notched. The notch in turn will go on to house a camera, a speaker, along with an LED flash for the case of nighttime selfies.

Motorola will release the single-sim and dual aim variants, and both the phone will probably be featuring a microSD card too. The Moto G7 Play will be available in three colors : gold, blue, and black when it finally launches.