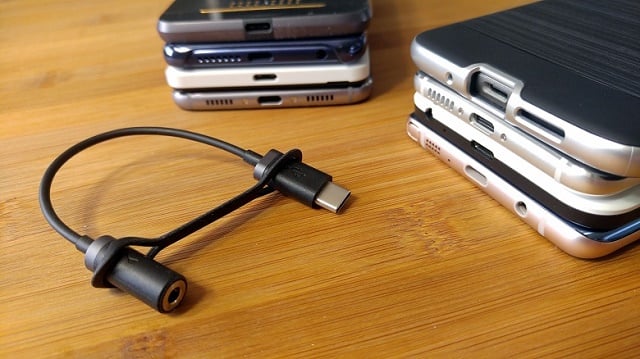 The USB-C Audio serves as a solution for all of us who own phones that have a missing headphone jack. The audio has gained pace and popularity in recent times, as we’ve seen the evolvement of modern day smartphones into those that don’t actually come with the highly prized headphone jack – and considering the fact that some manufacturers, like Google go on to include the USB-C earbuds with the purchase of a phone from them that is headphone jack-less, the lack of a 3.5mm input hasn’t at all been that big an issue for many.

The USB-C has proven to be essential for those that aren’t quite yet ready to abandon all modes of wired music playback, and unlike with wireless or true wireless earbuds, the listeners don’t actually have to deal with issues ranging from the likes of connectivity dropouts, Bluetooth codec compatibility, or indeed battery life concerns.

So what’s the working principle?

Much like the conversion of audio to pass through a headphone jack, the USB-C Audio too goes on to require a DAC and Amp for signal processing. While the headphone jack goes on to retain processing within the phone, not all USB-C delivery audio uniformly. Hence, the delivery methods might and at times do get a little tricky as a headset can well and truly be classified as passive or active.

If the handset turns out to be passive, the headphones rely on the smartphone’s DAC and Amp for the conversion of the audio signal from analog to digital. However, if a pair of headphones turn out to be active, then it goes on to use its own DAC and Amp system. Therefore, going on to create an external conversion process outside of the phone’s domain, and right into the headset’s.

As complex as it may sound, the main perk of a prolonged analog signal state, as well as the bypassing of the smartphone’s internal components go on to mitigate the distortion which might result from the other smartphone signals. However, things just as might get a bit more complex and weird if you happen to use active headphones. In the case where you do so, your phone needs to support audio accessory mode – a mode which may be unfamiliar to many. For now, it’s quite unfortunate that it still hasn’t become apparent exactly what models are active, and which remain passive – resulting in an expedition of trial and error.

The future for the USB-C isn’t looking as bright as many might have figured when it first started to gain popularity. There aren’t too many companies that have made investments with regards to the USB-C, as observed during the CES. This factor, coupled with the rumors that the Huawei P30, and the Sony Xperia XZ4 amongst other phones might make the case for the return of the headphone jack – might make the case for the USB-C to be a short-lived enigma. I guess at this time, all we can do is wait and see.