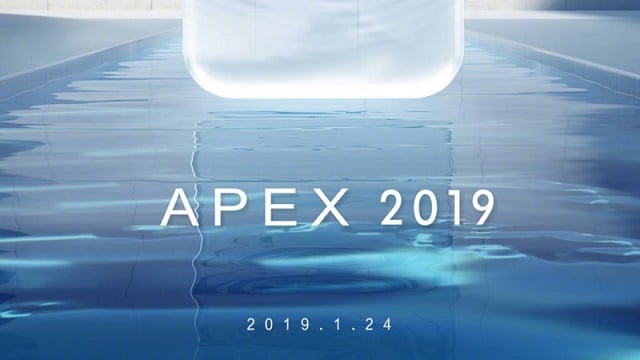 Vivo showcased their Apex smartphone somewhere in 2018 and the Chinese oriented technology company is all set to release the successor of that phone, it has been dubbed by the company as the Vivo Apex 2019 and the company has already set up their launch event for the 24th of January. The event is set to be held in China. As of right now no confirmed leaks of the device have come out in the open as yet but Ben Geskin has shared a phone’s concept render on his Twitter account which somewhat reveals the phone’s design.

Must Read: Technology taking over the minds of our generation?

Moreover the mentioned concept render shows users a seemingly bezel-less design which has been opted by the company for their phone’s screen. Now the bezels are seen on the sides and the top of the phone, but they are very minimal. In addition to that the phone does come with a slightly thicker chin but nonetheless this phone may well be the highest screen to body ratio phone out there.

Moving on, on the backend of the device we can see two dual cameras being featured by the company for this particular device which are setup in the top center of the phone. The cameras are stacked together vertically along with a LED flash. At the bottom of the phone we can see a Vivo branding and as per the reports surrounding the said phone,  the phone will not be coming with any ports or buttons. This suggests that the phone will only support wireless charging as well as wireless data transfer only and even though this may sound futuristic, taking away the port in may have some consequences. I mean what if a sensor fails, instead of substituting it for a port the user will have to have the phone repaired.

Moreover users will also have to rely on the gesture-based and preassure sensitive navigation system. The phone will be coming with an advanced in-display fingerprint scanner with a particularly large area and an improved sensor for more efficient security. What kind of a front camera the company has opted for is still not clear but in terms of the related hardware of the device. The new device is set to pack 8GB RAM but it is also expected that the company may launch a 10 GB and a 12GB variant as well. The phone is expected to be powered by a Snapdragon 855 octa core processor.

Technology taking over the minds of our generation?