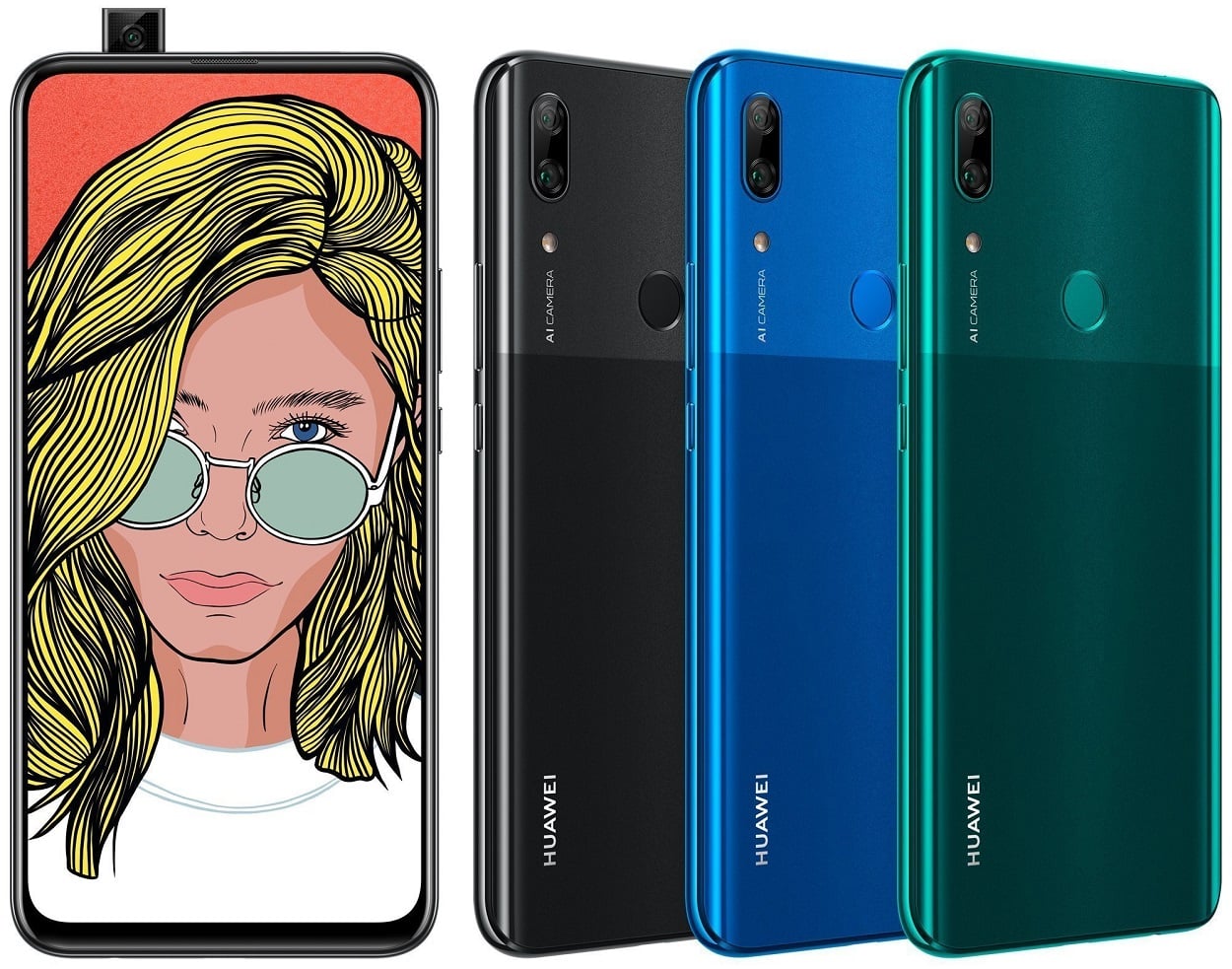 Its no surprise that Huawei spends significantly more on R&D than other competitors. That is the reason it has had honors of producing a lot of industry firsts and is one proud company when it comes to foldable phones, popup cameras and other latest tech stuff. Popup cameras would be something that Huawei is considering with its rumored P SMART Z.

Huawei is reportedly working on a new smartphone which is likely to be called the “Huawei P Smart Z”, most likely to be in the same series as the P smart 2019. The pop-up mechanism will present a 16MP camera for selfies. The pop-up selfie camera allows Huawei to use an expansive 6.59-inch “Ultra FullView” display with a resolution of 2340 x 1080. Based on the leaked information, the display will have an aspect ratio of 19.5:9 and a pixel density of 391ppi. In terms of software, the smartphone will run Android Pie out of the box.

This oddly-named Huawei smartphone is expected to come with a HiSilicon Kirin 710 chipset along with 4GB of RAM. It could feature 64GB of inbuilt storage, expandable to up to 512MB using a microSD card. Additionally, there’s a 4,000mAh battery without any mention of fast charging.

For photography, Huawei is using a 16MP+2MP dual camera setup on the back, which suggests that the smartphone will be placed as a mid-range device. These cameras will have aperture values of f/1.8 and f/2.4, respectively.

The Huawei P Smart Z has been tipped to be priced around 210 euros (~$235) and is likely to be available in three colours – Midnight Black, Emerald Green, and Sapphire Blue.

After the success of the P30 and P30 PRO, Huawei is in a very strong position to further their stronghold of the mid-tier as well.