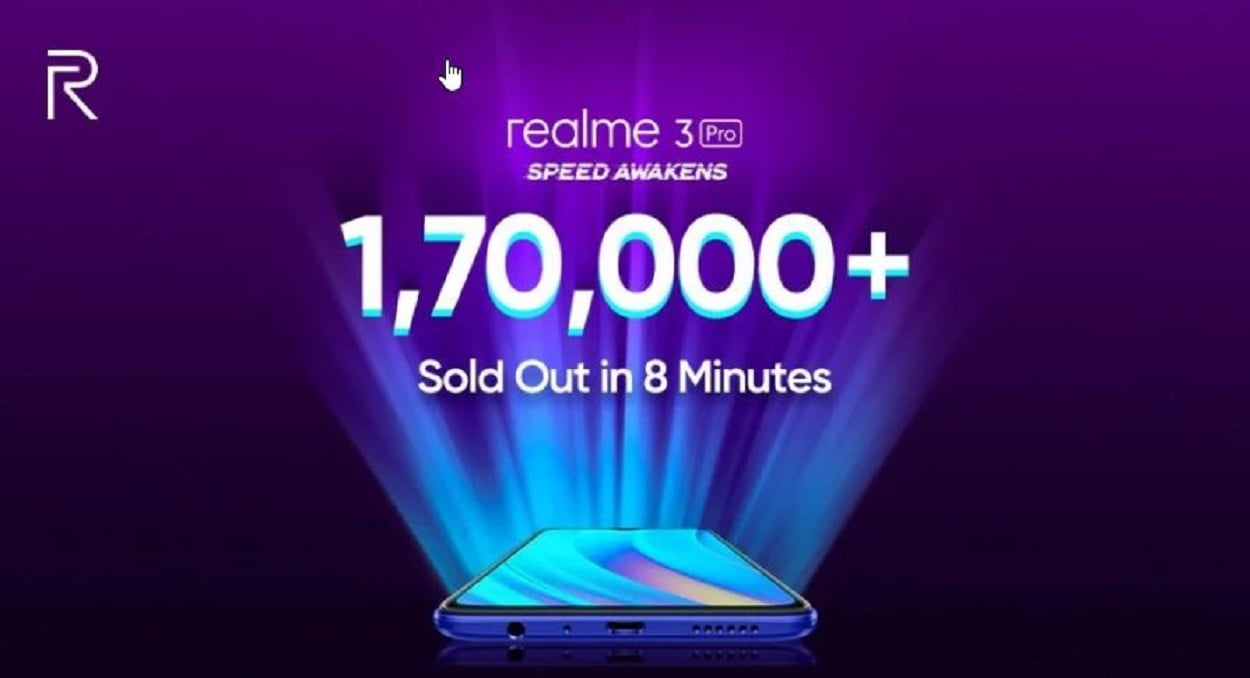 The Realme 3 Pro made its debut into the Indian market just last week, and surprisingly enough, Realme added another memory variant for the device even before it went on its first sale. The device went on its first sale today, and this has turned out to be extremely fruitful for Realme. The brand has released official data on its page on Twitter, which shows that more than 170,000 units alone were sold in just eight minutes with regards to the flash sale.

The second of the flash sales is also expected to take place today, with the experts expecting no lesser units to be sold – actually, many expect that this time around, in the second flash sale, even more units are to be sold in record time.

Realme has made quite the name for itself within the smartphone market, taking just two years to do so. One of the major reasons as to why the company has been doing so well in the market is because of the fact that it provides users with quality products in very affordable prices. To this policy that Realme has adopted, the Realme 3 Pro is no different, as the solid build and solid performance is priced starting only at Indian Rs. 13,999 ($200).

The phone features with a 6.3-inch FHD+ display and gets its juice from the Snapdragon 710 processor, clocked at 2.2Ghz. On the rear side of the phone, there is a dual camera setup consisting of a 16MP sensor, and a 5MP. On the front of the device is present a brilliant 25MP front camera.

The phone comes with a quite impressive battery of 4045mAh, which should be able to last users a day at least on mild usage. To make matters even better, the latest device from Realme is also boosted with VOOC Flash Charge 3.0 for the sake of fast charging. The device comes in three variants : 4GB+64GB, 6GB+64GB, and finally, 6GB+128GB.

Display for the OnePlus 7 Pro gets high ratings