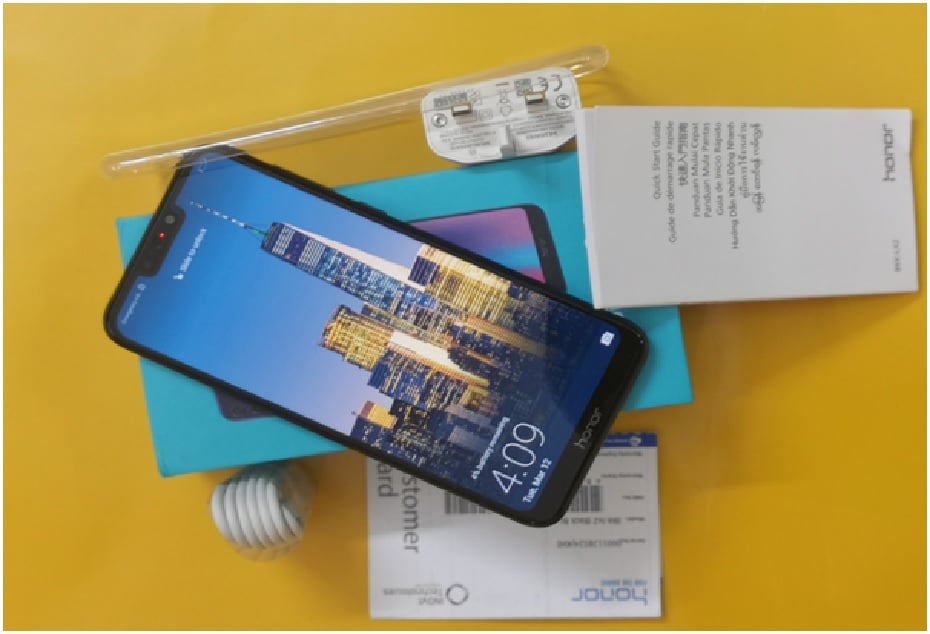 Honor has made a statement in the mid-tier and low-end smartphone industry with quite a few of its phones released occasionally to meet the changing demands of the customers and keeping its line-up up to date with the latest technology. This time it’s the 8C.The Honor 8C arrives just six months after the Honor 7C, and features a sizeable 4,000mAh battery, an expansive 6.26-inch display with an aspect ratio of 19:9, AI-enhanced cameras, and Android 8.1 Oreo out of the box. The first phone with the Qualcomm Snapdragon 632 SoC under its hood, the Honor 8C is offered device with 3GB of RAM and 32GB of internal storage. The Price of this device is Rs.27800/-

This category of smartphones is a tight one with different competitors providing completely different experiences not just to stand out but also to remain in the budget by cutting some corners. However, the priorities of people change and therefore this segment has become very crowded.

The body of the Honor 8C is all plastic and the build quality is satisfactory, but this smartphone does not feel as premium as its glass- and metal-backed rivals. In fact, even the older Honor 7C has a metal backplate with plastic inserts on the top and bottom. The back of devices does turn eyes with the multi gradient design that reflects light at different levels creating beautiful patterns that is now been a hallmark for Honor and Huawei devices. The frosted glass, though, doesn’t help with the fingerprints and a case would be the best option. 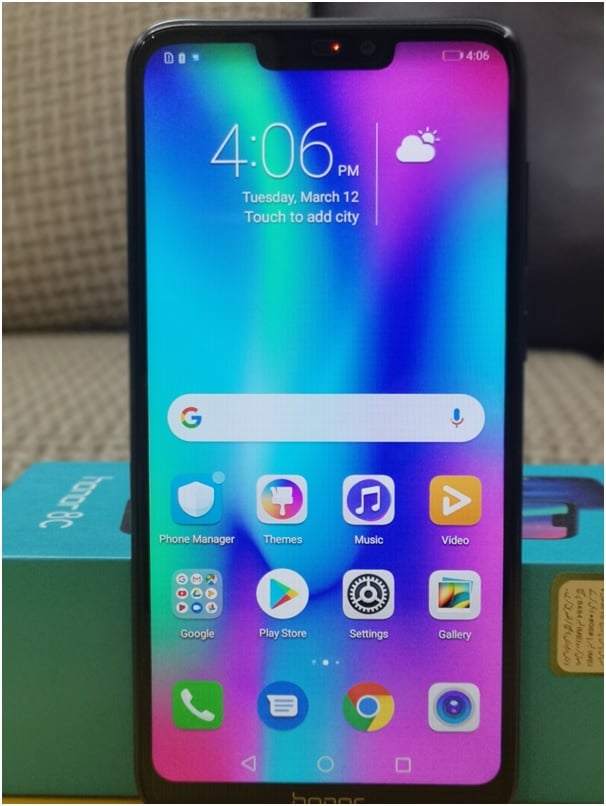 Starting at the front, you’ll get a 6.26-inch screen with a notch design that houses the sensors, call speaker, 8MP camera, and the LED notification light.On the right, you’ll see the usual volume rocker and power button pairing. The buttons are clicky while its placement is just right for my thumb.

Counting the slots, we got 3 and it’s a very good sign since it allows for dual sim functionality along with a microSD slot as well. The headphone jack is top, the presence of which is greatly appreciated.

There’s a 6.26-inch HD+ (720×1520 pixels) TFT IPS LCD panel up front with an aspect ratio of 19:9. The display is nothing to write home about. While the viewing angles are decent and colours are punchy, the maximum brightness level is not enough, and text and images appear fuzzy due to the HD+ resolution, which is a bit low for a screen of this size. 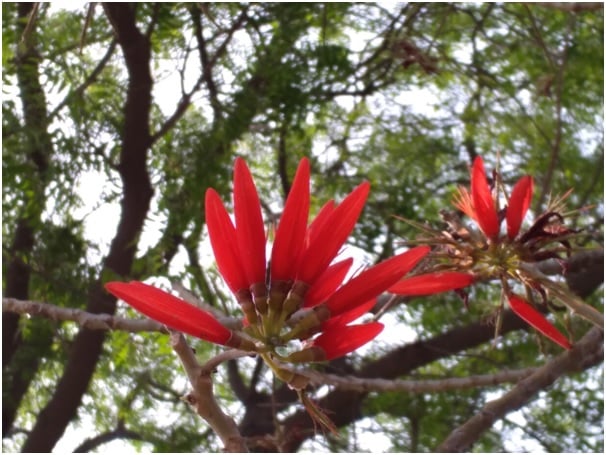 The camera app has hints of IOS in it and is well laid out with a pro mode integrated as well. The AI camera allows for various scene detections to optimise camera settings accordingly. However, there has always been the complaint of AI overdoing it with the pictures and it’s the same case with this phone as well. In unfavourable lighting situations, the photos we took with this phone came out looking dark and murky, and the autofocus also struggled at times. The AI enhancements can help the app set itself to pull in more light, but the level of detail suffers and plenty of noise creeps in.

Must Read: MOBILE REGISTRATION MADE EASIER… BUT WEBSITE DOESNOT WORK

The front camera is also just about at par with other mid-level devices. Nothing too fancy. Despite having a front flash, the camera does not produce good results and would not be impressing many. The AI feature has the same problem with the beauty mode over exposing and over saturating the natural skin tones. 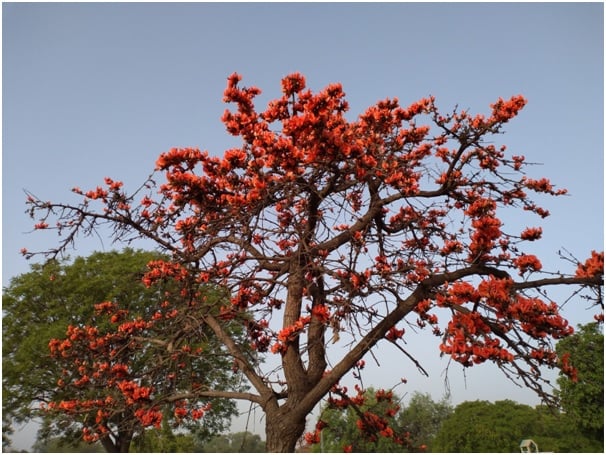 The snapdragon 632 focuses quite a lot on power efficiency than raw performance and the results are evident to that. The device is not the most consistent performer and will get a lag here and there. The 3GB RAM also feels mediocre in this current day and age where the operating system uses quite a lot of system resources leaving behind quite less for the other apps. Daily tasks would be a breeze but anything that puts too much pressure on the microprocessor could get the device to heat and to start stuttering. 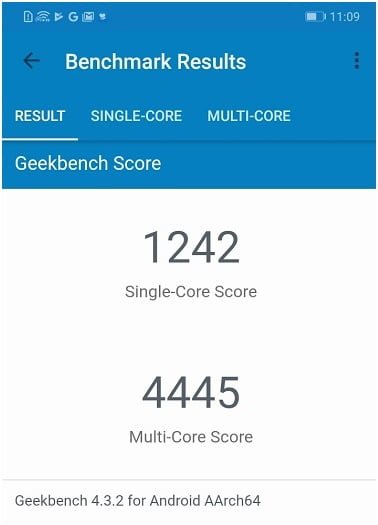 Games like Asphalt 9 and PUBG exhibited a few dropped frames here and there, but were playable on the whole. You will need to reduce the graphics settings though. It is clear that the processor would be more comfortable doing light gaming with everyday tasks, nothing too extra-ordinary.

The snapdragon disappointed in the general performance category but it is here where it truly shines with battery efficiency. It keeps the cores running at minimum power to extend battery life and the tests are a proof of that. Additionally, the phone carries a 4000MAH battery which further improves battery life and is one less thing for the user to worry about. The display itself doesn’t consume a lot of battery since it is only FULL HD +. 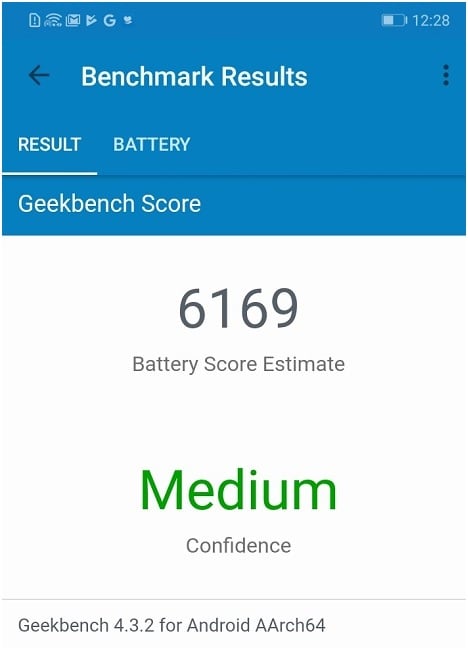 Unfortunately, you wont be getting fast charging in this device and at this price point, so we have to do with the charger that charges the device in around 2 and a half hours. This might be a let down for some but considering the power that is it going to provide when it is charged it rightly compensates for the short-comings of not having fast charging.

The honor 8c could be called a good phone but there is nothing new to the table and it hasn’t been able to nail the aspects that it brought in. However, at this price point we need to consider the cutting corners and to view this phone in general, in which it is quite the adequate phone.

This can be a good choice for the mid-range mobile phone user.