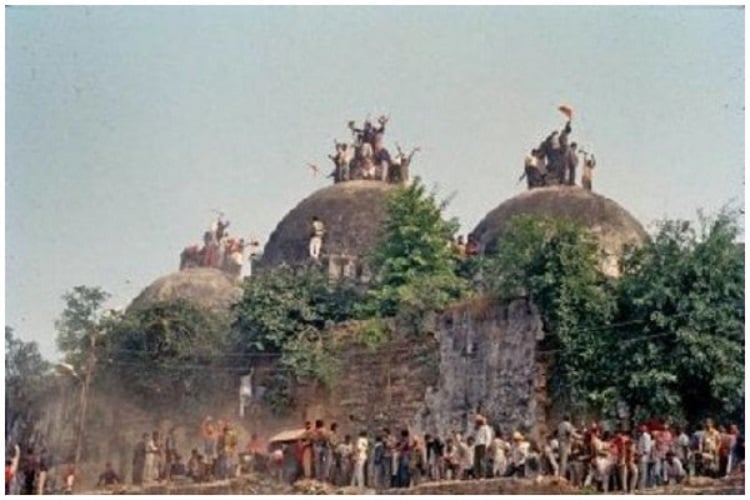 AYODHYA DISPUTE: INDIA’S SC TO BUILD TEMPLE INSTEAD OF MOSQUE On ASSIGNED SITE

Ayodhya has been a very place of volatile atmosphere recently. This is where Muslims and Hindus have clased regarding a religious matter which is nothing new, but India’s Supreme Court ruling regarding the matter is incredibly disappointing.

The land that was assigned for the building of a mosque has been taken over by the Indian government to construct a temple instead. Sunni Muslims who initially filed the petition have nothing else to express except deep disappointment and the biased law system of the country. The SC ruling was as follows:

There is adequate material in ASI report to conclude the following: Babri Masjid not constructed on vacant land. There was a structure underlying the disputed structure. The underlying structure was not an Islamic structure. But the ASI report does not say if the structure was demolished for the mosque. It has left unanswered this critical point: whether temple was demolished for mosque. This court must accept faith and accept belief of worshippers,Court should preserve balance.

Hindu Nationalist Government of Modi has seen another victory for their Hindu centric policies and being hostile to minorities. Regardless, Modi appreciated the ruling

The halls of justice have amicably concluded a matter going on for decades. Every side, every point of view was given adequate time and opportunity to express differing points of view, This verdict will further increase people’s faith in judicial processes.

Could it [verdict] not have waited a few days? I am deeply saddened at the insensitivity shown at such a joyous occasion,You should have taken part in this happy occasion and not attempted to divert attention. The dispute is a sensitive issue and should not have been made part of this happy day