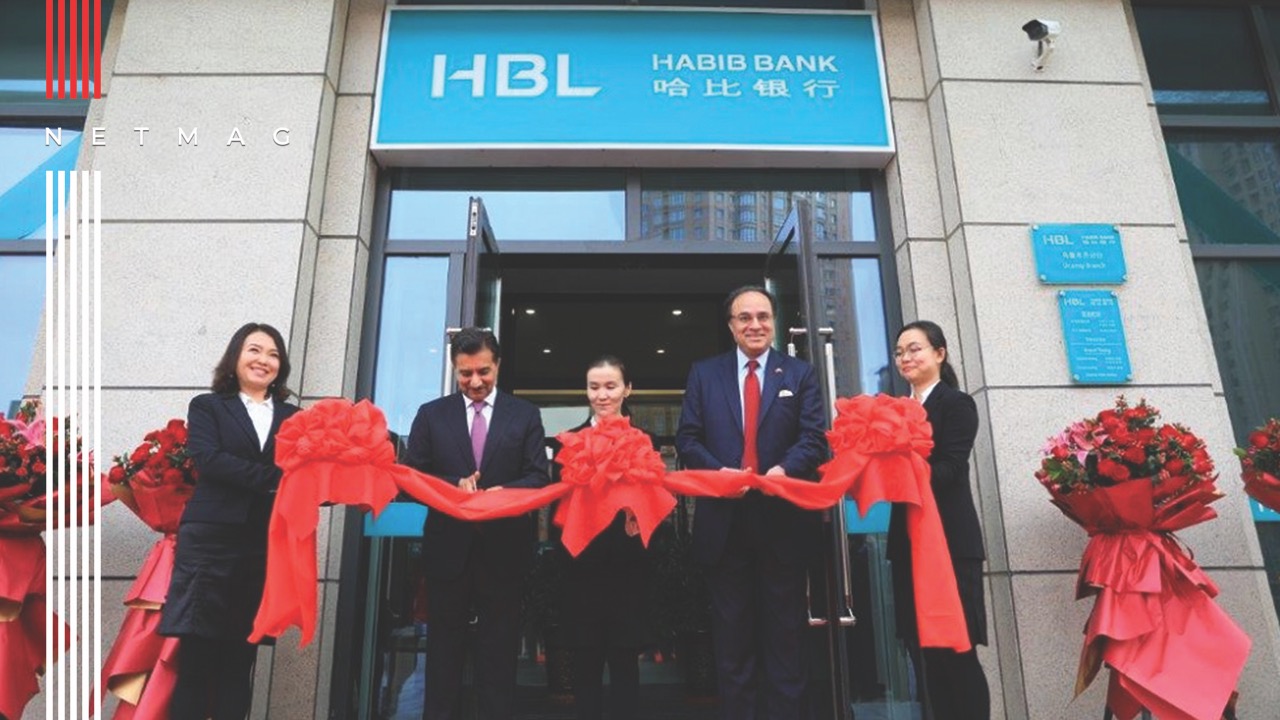 HBL is now the first and only bank from Pakistan and one of the three banks from South Asia and MENA to instigate RMB trade in China. The bank offers end-to-end intermediation for Chinese currency Renminbi (¥), legitimatizing customers to now open RMB accounts.

Located in Urumqi, in the Chinese province of Xinjiang, the branch was set up in March 2017 and acquired the RMB license in June 2018, in the shortest time possible.

HBL Chairman Sultan Ali Allana and CEO Muhammad Aurangzeb along with members of its board of directors and other executives were present to formally commence the RMB business on 7th November 2019, after securing all regulatory approvals.

HBL Urumqi branch is the only foreign bank branch to be operating in the northwestern region of Xinjiang. This latest development is part of HBL’s recent efforts to expand in China. It will soon become the second home market for HBL as the business double’s up. Not long ago, HBL was reported to be looking to tap more business under President Xi Jinping’s Belt and Road Initiative (BRI). HBL is currently engrossed in around $6 billion of Pakistan projects under the BRI.

HBL has also petitioned to upgrade its Beijing representative office to a branch. The license is expected to arrive in the next few months, subject to regulatory approval.

The Future of Pak-China Banking

While addressing the achievement, HBL Chairman Sultan Ali Allana proudly expressed his aim to become a part of the Chinese economy and benefit Pakistan. “The commencement of the RMB business is a stepping stone and we are very hopeful that in the coming years HBL will have more presence in China. We have also made an application for a branch in Beijing. We want to be a progressive bank, we want to do what is right for the institution, and for the country. For us that is paramount. We want to be an integral part of the Chinese economy and the country. There shall be no compromises on compliance, under any circumstances.”

President and CEO of HBL Muhammad Aurangzeb commented further saying “For our branch in Urumqi we got the RMB license in the shortest possible time so we are very grateful to the regulators in China. Currently, our focus is to work in developing the RMB intermediation at our Urumqi branch which has gone live and the establishment of the Beijing Branch. The Chinese regulators are very supportive of developing market-based capabilities and encouraging financial institutions to provide clients with best-of-breed leading-edge products and services while managing systems risks well.”

As one of the leading commercial banks on this forum, and Pakistan’s largest bank, HBL is now positioned to take a prime role in the regional RMB trade, remittance and investment flows. HBL has come to be a key player in the economic initiative as it is the largest executor of CPEC related financing in Pakistan and also the first Pakistani bank to start Renminbi (RMB) operations. HBL was also the first Pakistani bank to open its doors to Gwadar, Baluchistan, where CPEC is an ongoing development mega project.

The plan was initiated and announced back in 2018 when HBL announced its plans to start renminbi operations in China after holding in-depth discussions People’s Bank of China after meeting with members of the PBC Currency Policy Committee.

In the third quarter of 2019, HBL also signed an agreement with Ufone, extending a bilateral Trade Finance Facility in RMB for the first time. This was done to facilitate the import of cellular network equipment through Huawei Technologies Ltd.