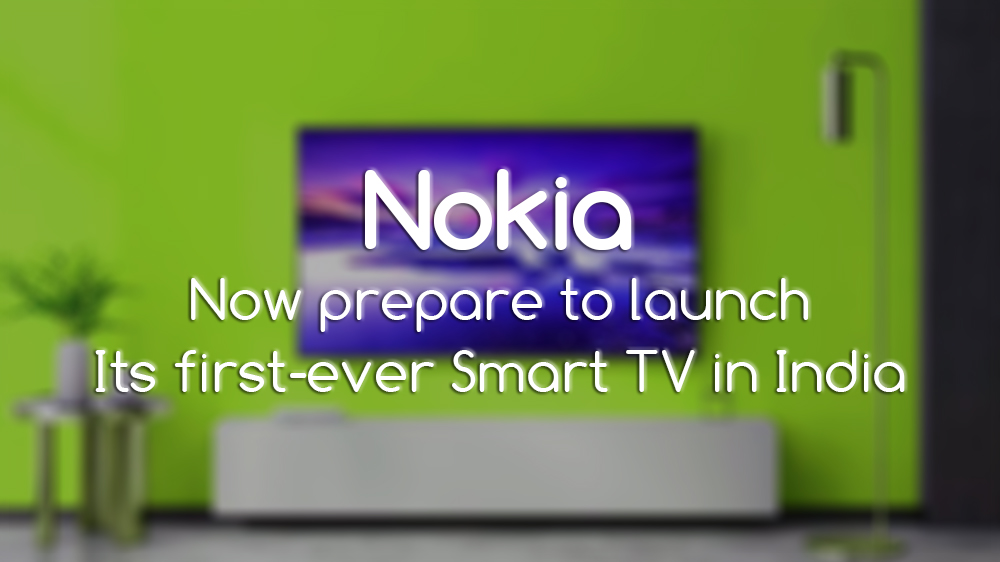 Nokia Tries Out Its Hands On New Smart Tv

Nokia has had a very eventful last few years, After failing to keep up with the changing smartphone markets, Nokia lost faith in itself and discontinued its Lumia lineup. After shuffling a few hands, Nokia is finally under HMD, Nokia’s parent company and this has offered quite a bit of stability lately. This stability has came after Nokia adopted the Android platform for its devices and now the latest entry for that is the new Nokia Smart TV.

The design is a very straightforward one with slim bezels and a squared of shape with a similar rectangular stand. The Nokia Smart TV is a 55-inch LCD panel which seems to be a little outdated but for experimenting could be just right. The refresh rate on the device is 60HZ, 4K UHD resolution, 1200:1 contrast ratio, 178-degree viewing angles, 400 nits peak brightness. This all adds up to produce a pretty strong display. One which delivers a wide color gamut, HDR and Dolby Vision support. However, the lack of any dimming and a 400 nits of brightness is a very disappointing figure.

Must Read : Fahad Qadir Becomes First Ever Pakistani To Feature In Prestigious “40 Under 40” List Of Asia Pacific’s Next Generation Of Leadership

Since this is a smart TV, it would need good internals to carry on with the daily tasks of more than just TV. The processor inside is a 1GHz Quad  Core SOC. The RAM is very unconventional at 2.25GB and 16GB of onboard storage is available for all the apps and games you want to install. For connectivity, the Nokia smart TV features 3x HDMI ports and 2x USB ports. It runs on Android TV 9.0 with Netflix, YouTube and Hotstar applications pre-installed.The TV has been introduced to the Indian market for now, at a price of $589 and will go on sale on 10th December.

Elephone Will Launch its First Release In Pakistan