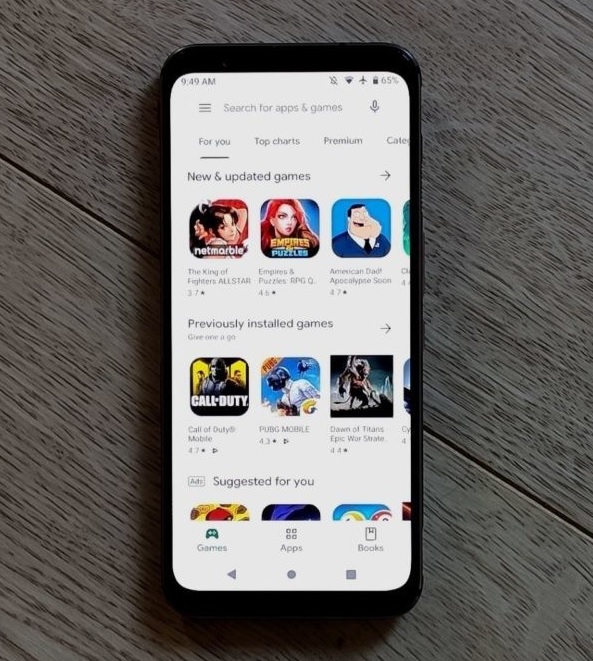 A bug within the Google Play Store that hides apps

If you tend to go to Google Play Store and go on to perform a search for any application that might spring to mind, you would of course expect the search results to feature that app. However, this process isn’t going as smoothly as imagined for everyone – thanks to a new bug introduced in the Play Store. This bug prevents users from finding certain apps and games.

Explaining this in a more simple manner – you may search for an app within the Play Store that without doubt exists – however, the search results won’t actually go on to show you that app.

If you want to experience this yourself, head over to the google Play Store and search for the mobile game : “Deliver the duck.” When you do this, you’ll see a wide range of search results with regards to the key word in duck, however, you won’t actually find the app that you specifically might be looking for.

The game though definitely exists within the Play Store, and users have noted that sometimes they get the results back for exactly what they are looking for, in other cases however – the situation isn’t as exactly favorable.

Regardless, for whatever reason you might think of, Google isn’t showing the game in your search results. And even if you use the full title of the game when employing the search bar, the results won’t get any better.

Must Read : When Do Most Entrepreneurs and Startup Founders Become Successful?

Of course, like one might have imagined, this isn’t exactly an isolated problem. There are many Google threads which are filled with complaints from developers all across the globe who are saying that they too are facing the same issue.

For now, it isn’t exactly clear why the problem is occurring, and while it would’ve been reasonable to suggest at first that perhaps Google was hiding such apps intentionally, this theory too has been proven to be irrelevant since some search trickery used has led to people finding what they have been looking for. Google hasn’t openly commented on the issue just yet, but it won’t be too long before a fix arrives.