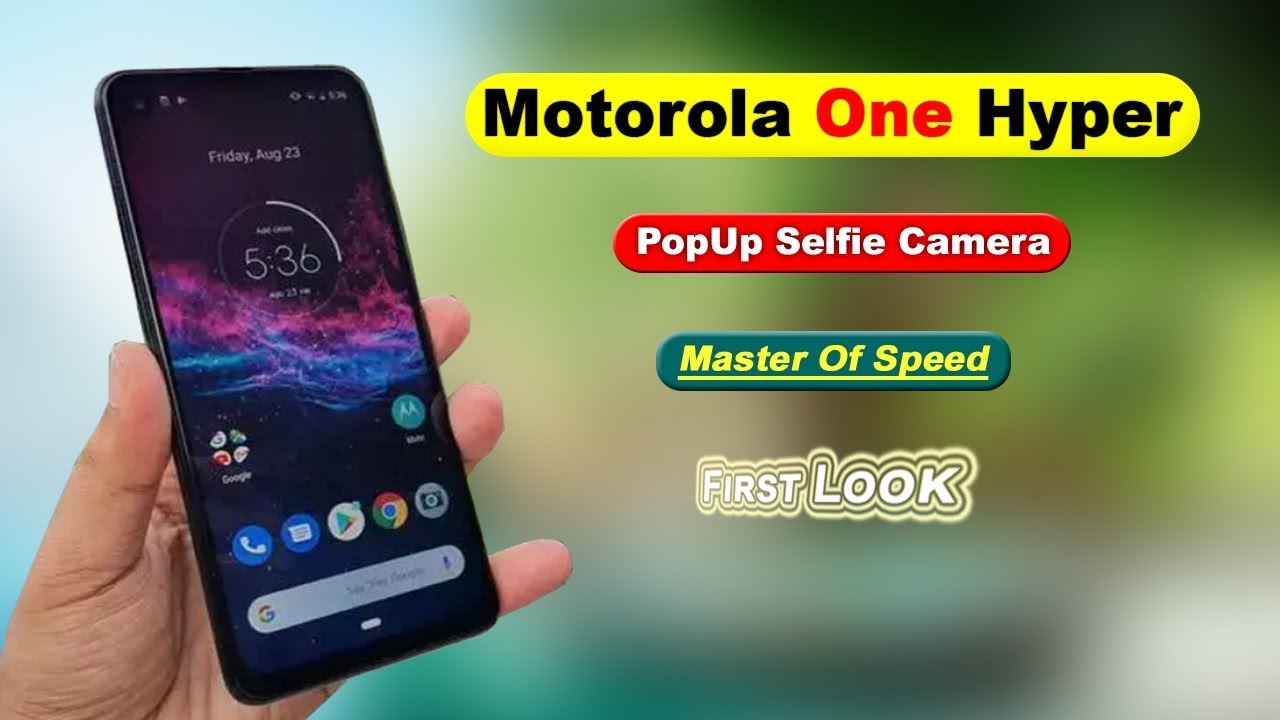 With their most recent launch they have been in many headlines as their recent phone the foldable Moto Razor, but after their most recent launch of the Motorola One hyper, this Lenovo subsidiary takes a big step forward to give a competition to the tough competitors in this field. The flagship features at a sub flagship price. Above this all the most interesting part is that the new phone purely features with an operating system of android 10.

By the looks of the phone it is surely not less than a masterpiece.Motorola One hyper has an amazing 6.5 inches display which is perfect for playing games or even watching movies. In addition to that it gives an FHD+ resolution and has awesome 90% screen to body ratio. It is really slim which makes it even more beautiful. What makes it even more wonderful is the colours in which this phone is available in. the colours include deep sea blue, dark amber and fresh orchid.

The internals of the phone are just as amazing as the outer display of the phone. If we start with the camera, we get an incredible 32-megapixel camera and assisting to it is 64-megapixel rear lens with a 118-degree 8-megapixel wide angle sensor.  In terms of battery this phone can easily be defined as a powerhouse as it has a large battery of up to 4000 mAh which supports 45W fast charging which means you can charge your phone in not more than 45 minutes. If we talk about the RAM, we get a 4GB RAM which is just enough to play heavy games like PUBG or Call of duty. In terms of space we have 128GB of space which means no tension of saving or keeping your important data. The price of the phone assist its features.it is launched at a retail price of 62000 Pakistani rupees