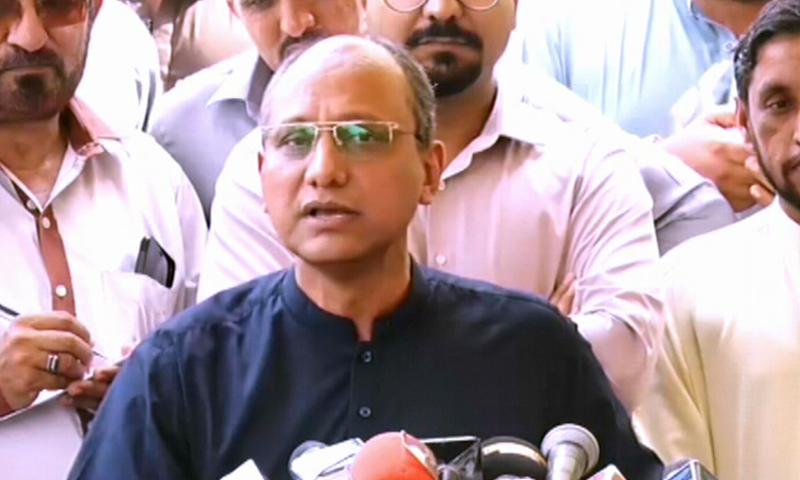 Sindh Information Minister was less than pleased with the media regarding the Dadu stoning case. And has his feelings listened to when he lashed out at the media for not fact checking properly.

No evidence has been found so far that suggests that any wrongdoing took place or that she was stoned, I wish to request the media and our members of parliament not to speak on any issue without having verified the details and then go on to criticise the government. We must wait a little and when it comes to sensitive matters such as this, we should gather details before commenting on the matter

Sindh Information Minister reiterated the need for media to be extra careful in spreading news of sensitive matters such as this one. Newspaper and media outlets spread the news without any confirmation of the events that actually happened and Ghani made sure that the mistake was not repeated again.

This was the response of the media who were contacted by Ghani with regards to the said incident:

They declined naming their sources, after which I requested them to not name the source but at least divulge the details of their claims. Where did the jirga take place? Who called it? Who took part in it? When was this (‘stoning’) order passed? And how was it implemented?

Must Read : Human Rights Day: PM reminds the world about the miserable situation in Kashmir

“They said they would tell me but never did so, It causes a lot of distress. The police and the government were no doubt distressed, but the family’s grief was amplified when we dug the girl’s grave. Of course, this is viewed by many as desecration of the grave. We had to do it just so that we can arrive at a conclusion. I am not saying we did anyone any favours but we did display political responsibility and did not aim for political scoring against our opponents. Things could have played out very differently with the man in question being our political opponent, but we investigated the matter and I am presenting the facts before the House today.

This is infact a serious problem in media worldwide. Social media has greatly encouraged the instant spread of news without any confirmation first. This has carried onto other forms of media as well. This is not a good sign and it has got to change, especially considering the instant reaction that people have on sensitive topics.

Pakistan To Play All Its International Matches In Pakistan: Ehsan Mani