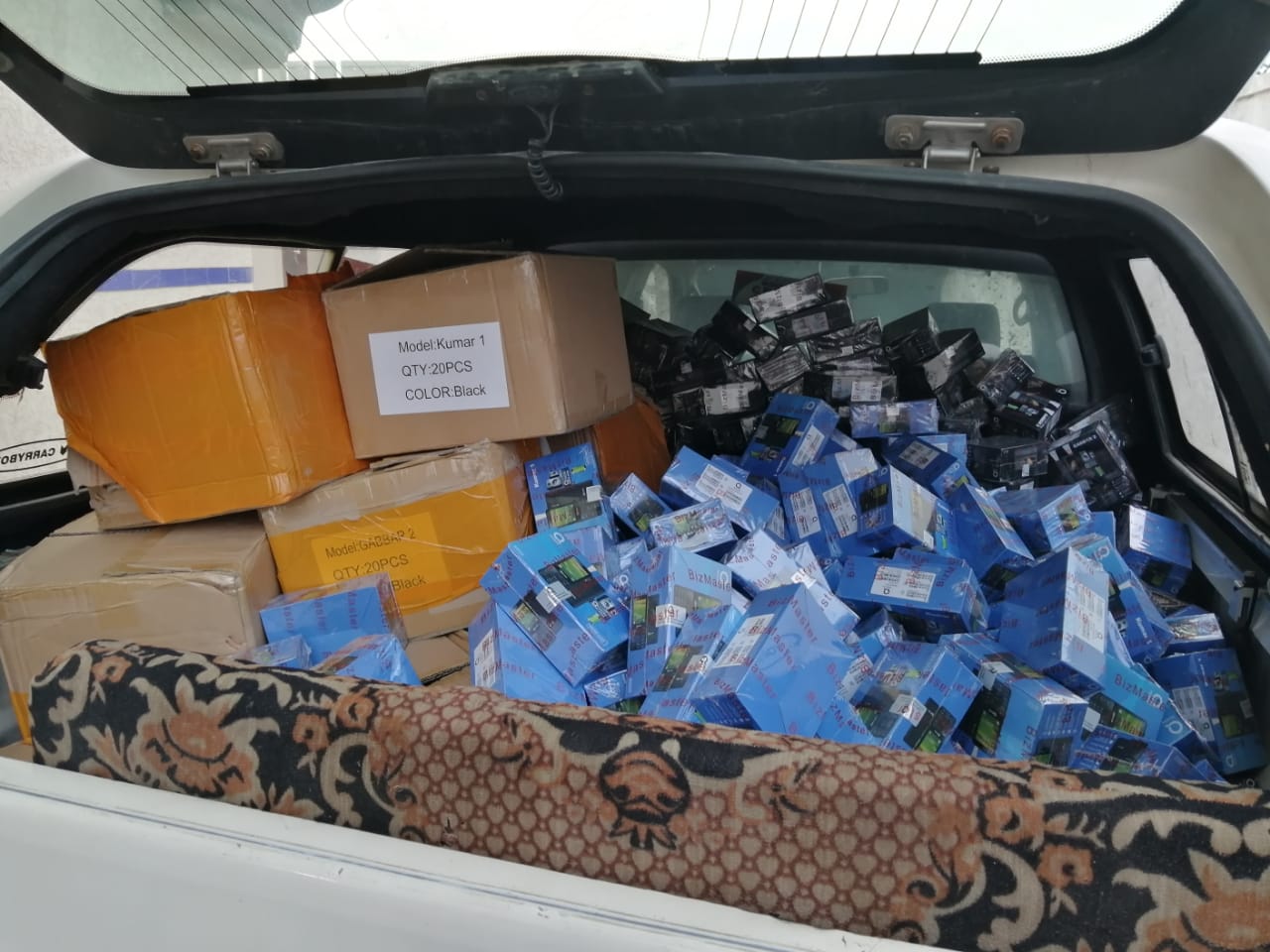 Motorway police conducted a search operation and confiscated 1.2rp million worth of illegal mobile phones from a car. The incident happened on M1 motorway. The culprits were caught transporting non custom paid mobile phones. The perpetrators of the incident arrested on scene by the motorway police.

The police acted swiftly on an intel on a car that was carrying non custom mobile phones. The persons were caught red handed. After getting information, motorway police directed and alerted all mobiles on M-1 Peshawar-Islamabad motorway.

Must Read : Sindh government and world bank decided to launch a $200 million Solid Waste Emergency and Efficiency Project (SWEEP) project in the metropolitan city of Karachi

Upon searching, the police recovered the original plate having number BY 048. Subsequently, police increased their scale of investigation. Later, upon further search of the car, police retrieved 962 illegal mobile phones from the back and from the hidden compartments of the vehicle.

The culprits named Sahib Khan and Abdullah were apprehended on the spot.

The offenders were trying to smuggle mobile phones from Peshawar to Rawalpindi. The motorway police later handed the culprits over to customs officials for further processing.