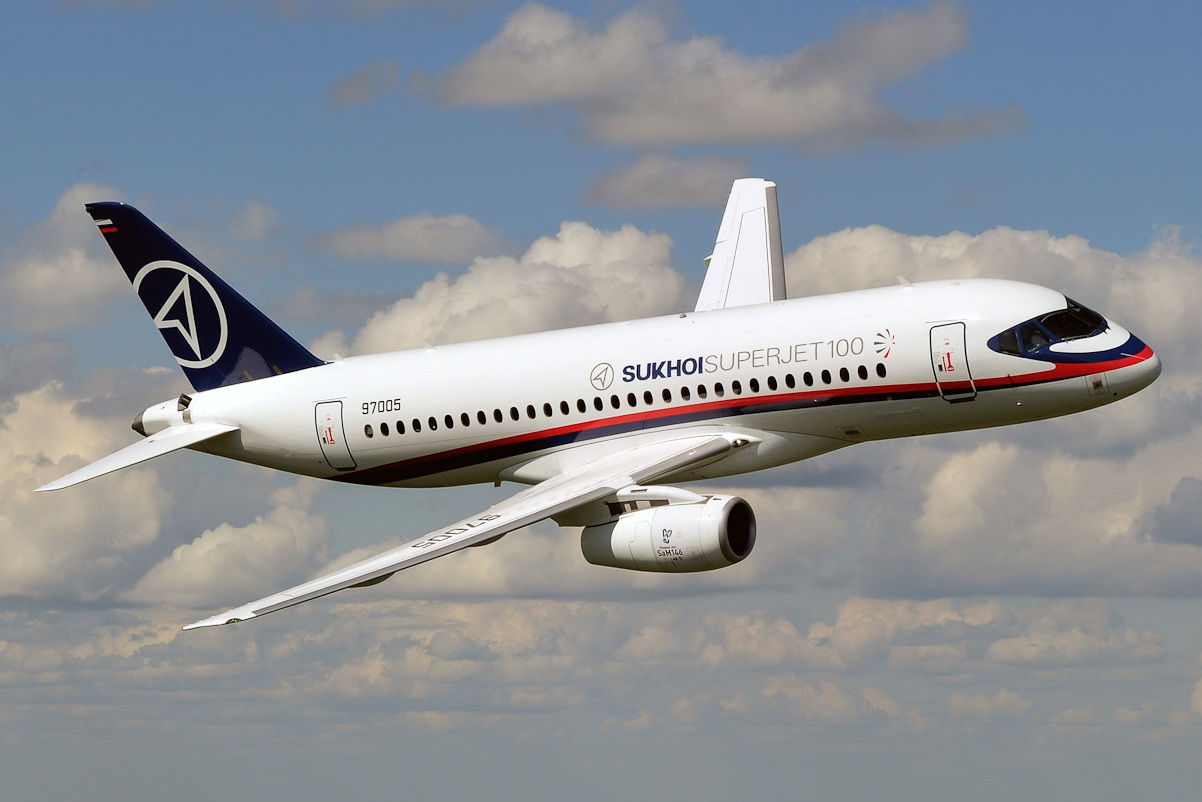 Pakistan is interested in Buying Russian made SSJ 100 jets. A delegation headed by Trade Minister met with Minister for Economic Affairs Hammad Azhar to discuss trade ties between both nations. The Pakistan and Russia 6th Inter Governmental Commission (IGC) has concluded in Islamabad.

Pakistani officials said that planes would be purchased on wet or dry lease mode. And both options are under consideration. RT reported.

The SSJ 100 project considered as a pet project of Russian President Vladimir Putin. The plane kicked off its commercial operations in 2011.

The plane having 4,400km range can accommodate 98 passengers. It is already in service with few other airlines including Russian Aeroflot.

Russia is already showing deep interest in investing billions of dollars in Pakistan. The Russian side has also offered Pakistan its flagship Sukhoi heavy and light weight warplanes and tanks. Pakistan purchased MI 35 helicopters this year from Russia and may order more.

Late on Tuesday, Hammad Azhar stressed on the continuous cooperation between the two sides and said, “There are lessons that can be learnt, technology that can be transferred. We can enhance our locomotive and carriage productions. All of this can be made possible by entering into a partnership with Russia. We look forward to that,”

“Russia is exporting railway equipment to European countries. On the other hand, Pakistan’s workshops are obsolete and desperately need to be upgraded,” he added.

In 2019 Pakistan imports with Russia rose to almost $700m with the purchase of new helicopters. Both sides agreed to increase the bilateral trade to a much greater extent.