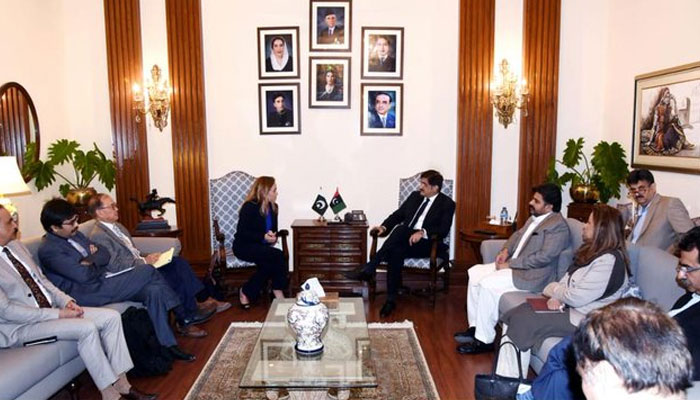 Sindh government and world bank decided to launch a $200 million Solid Waste Emergency and Efficiency Project (SWEEP) project in the metropolitan city of Karachi. The understanding came during a meeting of Sindh government panel headed by Chief Minister Murad Ali Shah with World Bank delegation led by Catalina Marulanda on Tuesday. The project is intended to address the waste management issue of the city which is in ruins.

Under the project the improvement of street waste, drainage channels and would be carried out.  The World bank panel included Lixin Gu, programme leader, Sustainable Development and Suhaib Rasheed, urban specialist.

The city of Karachi had been facing severe garbage disposal and sanitation issues. Few months ago a campaign was launched by Minister for Ports and Shipping Mr. Ali Zaidi with the cooperation of FWO to clean the city. But lack of provincial government will comes in a way and city turned to a waste. The landfill sites had not been located. The existing ones are not been maintained.

After much hue and cry, now the government of Sindh seems to do something about the issue. The CM said that 1.6b scheme has been launched to improve solid waste management disposal in the city.

The CM said, “we are keen to do this on scientific manner and convert it into waste to energy”.

The project aims to develop the garbage disposal stations in every district of the provincial capital. Government plans to generate electricity from waste. With regards to this issue, the government of Sindh is already in talks with World Bank to finance the proposed facility that would covert waste into energy.

The CM later sets up a committee under P&D chairperson Naheed Shah and local government secretary, MD Sindh Solid Waste Management Board and members to draw up the technicalities for the project.