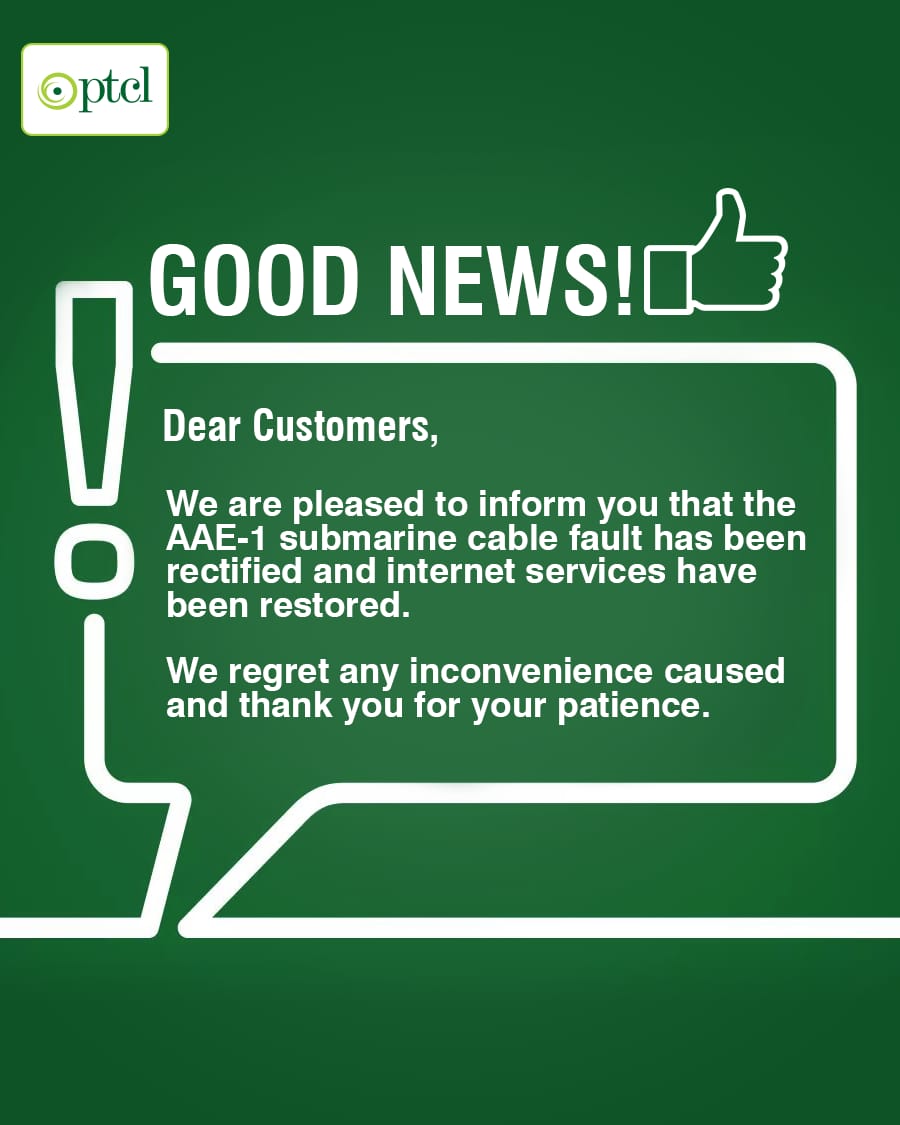 PTCL informed its customers that International Submarine Cable AAE-1 near Doha is now repaired and issue has been rectified.

They also issued a press release in this regard in which they said “The PTCL in conjunction with the International Submarine Consortium was working to fully restore internet services across the country,”

This is the second time in two months that services were interrupted. Earlier in October the services went offline. The 25,000km consortium cable system is connecting South East Asia to Europe via Egypt. Total length of cables cover the countries in the Middle East and South Asia.

“We are pleased to share that PTCL services have been restored across the country. The technical fault that occurred in the International Submarine Cable AAE-1 near Doha has been rectified and fixed. Sorry for the inconvenience. We thank you for your patience and understanding,” said PTCL on its social media handles.

In October IMEWE (India Middle East Western Europe) and SEAMEWE 4 (South East Asia–Middle East–Western Europe 4) were affected and internet faced a regional slowdown. Later, the issue had been rectified and the internet had been restored after the repair work.