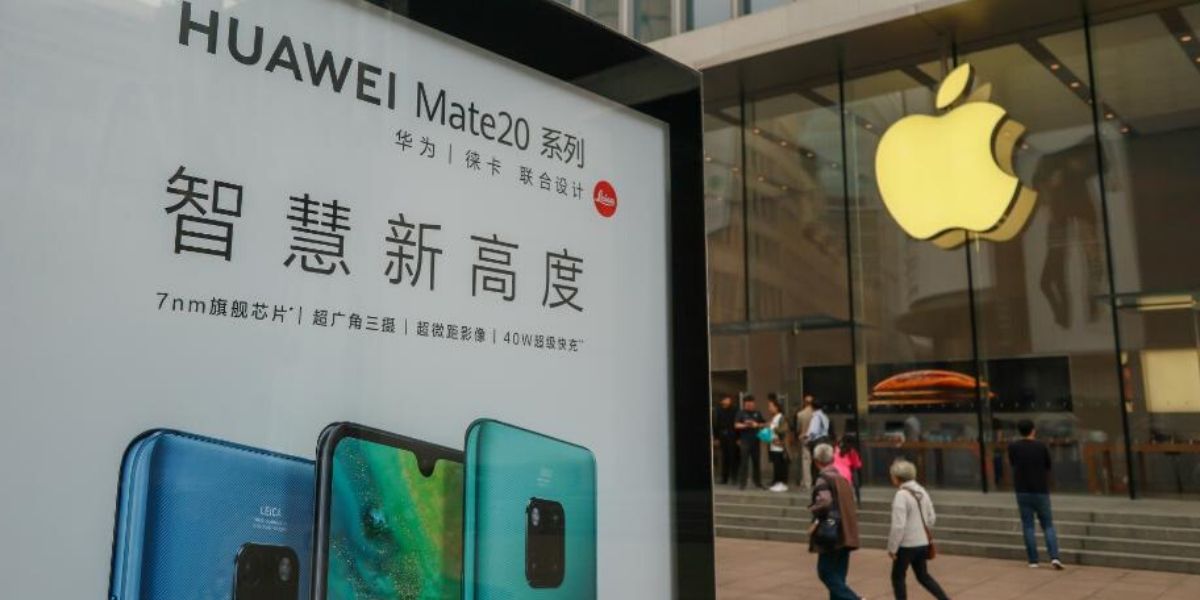 So in a new report by Forbes Magazine, it has been revealed that the Apple iPhone shipments have struggled  in China and that process does not plan on stopping any time soon. , from the Credit Suisse analysis on data from the country’s Ministry of Industry and Information Technology suggesting a year-on-year drop of 35% in November. This drop has come despite the Chinese smartphone market being slightly up and follows a double-digit drop in October of 10.3%. Apple’s iPhone sales are being hit by a number of factors—including the timing of the iPhone 11 launch and the lack of a 5G offering. But the main issue hitting iPhone sales is Huawei, which has now captured a staggering 42% of the Chinese market.

As reported  in October, the Chinese Tech Giant, third quarter performance was extraordinary. “Huawei’s sixth consecutive quarter of double-digit growth comes amid a poison spit from the USA in the China market,” market researcher Canalys has stated that  Huawei’s 66% annual growth has shown a lot of good signs and while this surge has clearly stalled Apple’s progress, it has also had a punitive impact on Huawei’s domestic rivals.

However, it should be noted that this issue isn’t just limited to Huawei. Apple also have to keep a record of other Chinese brands as well, more conclusively Vivo, Oppo and Xiaomi there 5.1% annualised market share it record in the third quarter represents a year of decline. There was something of a boost when the new iPhone 11 launched, with some strong early sales, but that has not endured. The fact that those models do not include 5G connectivity is a major issue for the U.S. giant. “Apple faces a looming challenge,” Canalys warned, “as Chinese vendors and operators drive heavy marketing and promotions around 5G in the next two quarters.” Apple’s double-digit declines in both October and November clearly support that view.

On the other hand, Huawei seems to be on track to capture Samsung’s crown for global smartphone sales at some point next year and that will be a battle to watch. While driven by its strong sales in China, the company will require to resolve its international sales challenge which is centralised on the loss of Google from its devices. The recently launched Mate 30 has struggled outside China without the familiar software and services expected by Android consumers. Now Huawei will want a different outcome for the next flagship, the P40 Pro, which is expected to be launched in the first few months of 2020.

Now in order to combat this problem and the fact that Apple is yet announce a 5G variant for there devices, the US manufacturers are  expected to launch a range of 5G iPhones next year, and will have strong expectations as to the sales success these might enjoy in China once released—notwithstanding the twelve-month head start its rivals now have to secure further market share. Apple will be hoping it can stabilise any further declines in the nine months before those devices are expected to hit the market.