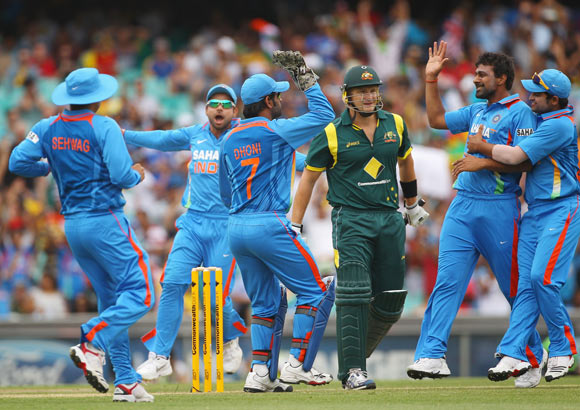 Former Indian international cricketer Parveen Kumar is now once again in the news – and this time around, it’s for all the wrong reasons. Indeed the latest incident with regards to the former Indian bowler has landed him in deep trouble as his neighbor has recently complained that the cricketer beat him as well as his seven year old son in a drunken state.

The victim, while talking to Indian Television channel Aaj Tak also confirmed that the police authorities have refused to cooperate with him and have refused to register a complaint – solely down to the fact that Parveen is a high-profile cricketer.

Deepak has been noted to have said : “I was waiting for my son at the bus stop at 3:00 pm. Kumar arrived at the spot, came out of his car and abused the bus driver first and later abused me.” He was in an inebriated condition. Later, he thrashed me and fractured my hand. Kumar also pushed my son who suffered injury in his back. Now the police are forcing me to compromise.”

Must Read : PSL 2020 Will Missed These Players

Following up with these statements, Deepak also went on to confirm that he has ever since been on the receiving end of various death threats.

Superintendent of Police (SP) Akhilesh Narayan Singh has since said that the police are indeed committed and are investing the whole incident. He claimed : “Both of them are neighbors and they have informed the police about the incident. We are investigating the matter based on their statements. Further action will be taken accordingly. The medical process has also been done.”

The former international cricketer Parveen was a formidable player as he cemented his spot in and out of the Indian cricket team between 2007 and 2012 – as he played all three formats of the game. However, last year in the month of October, at the age of 32, the bowler hung up his boots.