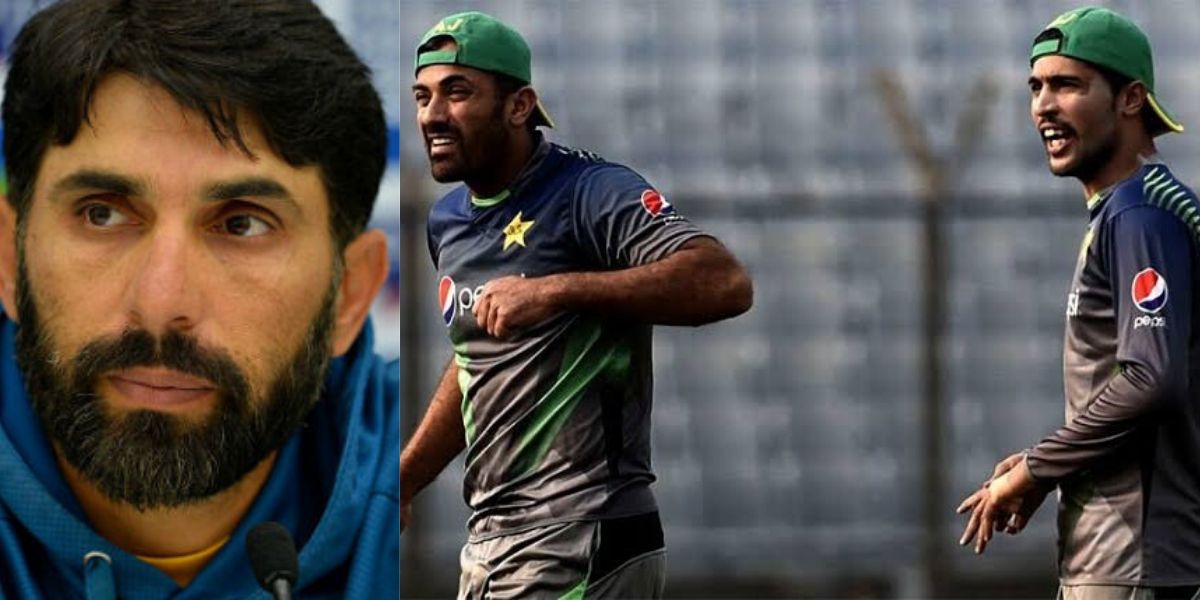 Furious Misbah lashed out against Amir and Wahab

Misbah in a press conference lashed out against pace due Muhammad Amir and Wahab Riaz at Karachi. He was speaking to the media on Thursday in press room before the commencement of Karachi test between Sri Lanka. He stressed that policy should be formulated for players in this regard. Furthermore, a policy would be made to make sure that the players would be available for Pakistan first.

Misbah was clearly infuriating. “Going forward this might become a problem for Pakistan because when you invest so much on these players, and when preference should be given to the country and you go elsewhere, it’s not the right thing to do,” he said during the media talks.

Pakistani quick Muhammad Amir retired from Tests at the age of 27 years in July to extend his career in ODIs and T20s.

Consequently, In September, the experienced Wahab Riaz asked the Pakistan Cricket Board (PCB) not to consider him for Tests as he wanted to concentrate on the shorter format of cricket. He is 34 years old at the time.

“We faced a lot of problems getting all 20 wickets in Australia” he admitted. Moreover, he said that they [PCB management and coaching staff] are thinking deeply, and will soon formulate a policy regarding this.

Pakistani team right now is struggling to find a pace combination in Test cricket and relied on inexperienced attack in Australia tour which backfired. The exit of experienced Pacers at the eleventh hour has dented Pakistani fast bowling resources.

Amir and Wahab were among the most experienced and left before important test series leaving Pakistani fast bowling attack toothless and team in doldrums. The decision came as a surprise for the whole nation.