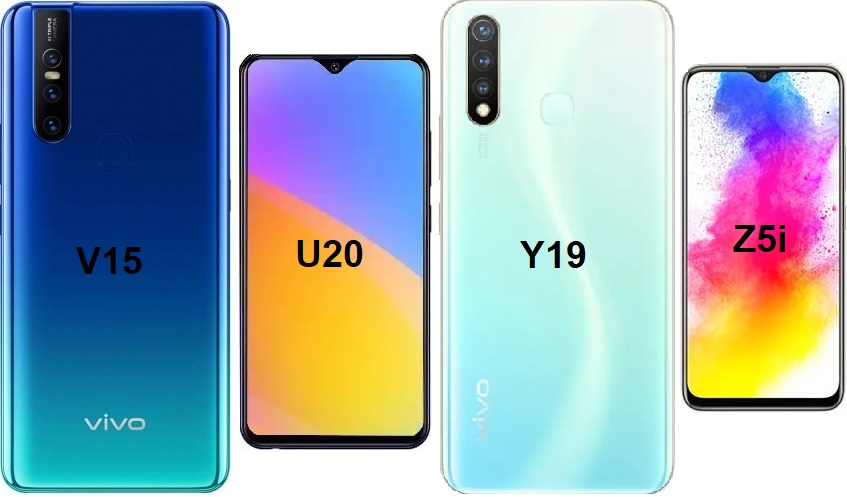 Vivo, launched in 2009, has become one of the largest mobile phone producers in the world. Vivo is from the BKK Electronics family that also owns Oppo, Realme and OnePlus. The brand initially was designed to develop cheaper smartphones to increase access to technology. Now Vivo produces high-end devices as well that compete with the flagship phones of the large companies. In 2019 Vivo released a host of phones for many different segments of the market, the 5 phones of note in a more accessible range include:

A full-HD display at 1080x2340pixels and a display size of 6.53-inches. Offering a full range of colors and a good level of brightness. The V15 has triple rear cameras and a 32-megapixel shooter for selfies. The processor is the MediaTek Helio P70 combined with 6GB of RAM, giving it an ample amount of power to process and run tasks.

Running FunTouch OS 9 layered onto Android 9 Pie, which also has Machine Learning abilities making the phone faster after a few weeks of usage. The large 4,000mAh battery is a highlighted feature and helps the phone easily last through a day of heavy usage. The 64GB storage space also is a decent amount for one’s information. If you want to buy it then you should check price and more specifications.

Launched in November 2019 the Vivo Z5i has a 6.53-inch screen and a full HD resolution. Powered by an octa-core Qualcomm Snapdragon 675 processor and 8GB of RAM to run the tasking. These powerful specs manage the Android 9 Pie base layer with FunTouch OS 9.2 on top. The main camera module includes a 16-megapixel primary camera with an f/1.78 aperture; a second 8-megapixel camera with an f/2.2 aperture and a third 2-megapixel camera with an f/2.4 aperture. The front camera is a single 16-megapixel with an f/2.0 aperture. Complete with connectivity for WiFI, Bluetooth, and dual-SIM. sensors on the phone include accelerometer, ambient light sensor, compass/ magnetometer, gyroscope, proximity sensor, and fingerprint sensor. Launched in Jade Blue and Onyx Black.

Vivo has expanded into a lot of countries due to its products doing well. The major markets include Thailand, Pakistan, Philippines, India, Malaysia and many more. Over the year they have proven themselves and continue to do so with smartphones like these, making the high-end specs available at lower rates to a larger audience. Dissemination of technology is crucial for the growth of markets today.